Steve Kean, the only current A-League coach to have managed an English Premier League club, fears fairytale title runs will be consigned to history if the controversial European Super League proceeds.

Condemnation of the proposed breakaway competition has come from all corners of the globe since it became public on Monday.

Even Prince William and England's prime minister Boris Johnson have lashed the 12 rebel clubs, which include Manchester United, Liverpool, Barcelona and Juventus.

Kean, who became interim Melbourne Victory coach following Saturday's sacking of Grant Brebner, is saddened to learn of a rival to the UEFA Champions League.

The 53-year-old had a two-year stint in charge of Blackburn Rovers, a smaller club who memorably claimed an EPL title in 1994-95 to break up United's stranglehold.

"I was fortunate enough to be at some very big clubs in the UK and also coached abroad in Spain and played in Portugal.

"Fairytale stories where smaller clubs from not the capital can go and win the league and trophies (are great to see) so I hope (the proposed new competition) doesn't happen.

"I spent a short time at Real Sociedad in Spain and they've been in the shadow for a long time and managed to win the Copa del Rey (in 2020).

"We want those stories to continue and I don't really think a breakaway elite league is the way forward."

Leicester City capitalised on their stunning title triumph in 2016, when they were rated as 500-1 outsiders, and have since been able to remain towards the upper end of the EPL table.

The Foxes' recent finishes have far exceeded rebel clubs Arsenal and Tottenham but Leicester have not been invited into the Super League. 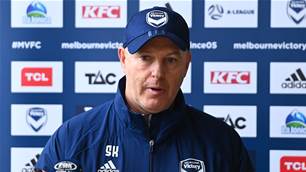