Socceroo debutant Dylan McGowan admits he may not be first choice in Ange Postecoglou’s squad – but he had a tongue-in-cheek quip about his brother Ryan.

Dylan, who recently joined Portuguese side Pacos Ferreira, came off the bench for Bailey Wright in the 78th minute of the 4-0 friendly loss to Brazil in Melbourne on Tuesday night.

The Socceroos will spend their final day in Australia today before jetting off to the 2017 Confederations Cup in Russia.

Ryan has played 19 games for Australia but Dylan joked about knowing it was his turn to get some minutes.

“When they shouted McGowan coming on, we were unsure which one so I just ran in first,” Dylan joked.

“Ryan is very proud – like I was for him when we played Saudi Arabia in front of his home crowd – and there’s no real competitiveness between us.

“We’ve dealt with this our whole lives playing in the same position being brothers but it’s special to make my debut and special to have him watching on.” 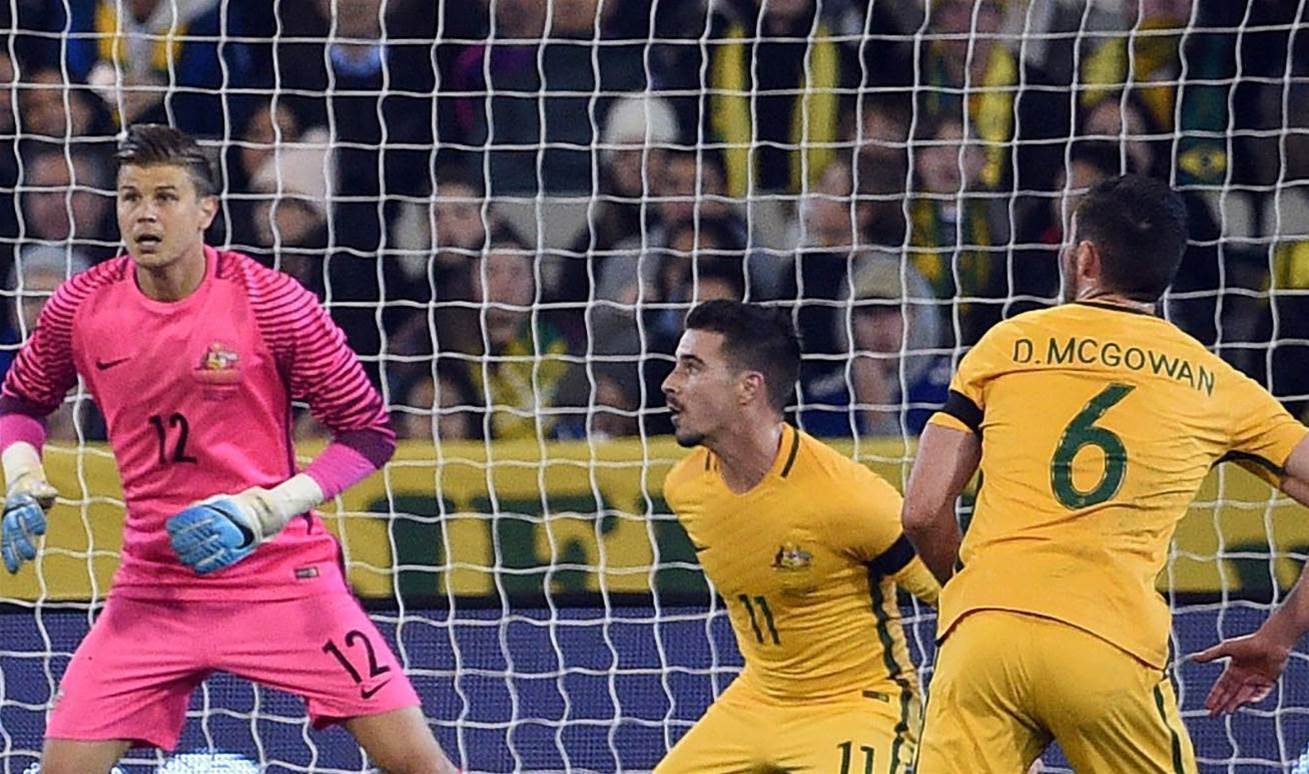 Postecoglou this morning admitted he needed to experiment with the squad and give uncapped players minutes in order to be prepared for the Confederations Cup.

Dylan recognises he may not be first-choice because of palyers with more experience in the squad, but said he is preparing as if he will be needed.

“This is the best setup I’ve ever been in. I’m just taking it all in and getting as much experience as possible,” he said.

“I was over the moon first and foremost just to be included in the squad, it’s a great month to be here.

“I’m enjoying training, learning a lot from the boys and obviously all the coaches.”