Antony Golec has revealed some of the details behind his mid-season pitch across the ditch from sinking Central Coast Mariners to high-flying Wellington Phoenix.

It may go down as one of the best-timed mid-season moves in A-League history.

While many could have predicted a languid Mariners ship was going to keep sinking, at the time Golec joined the Nix, some were doubting whether they'd hang on to a finals place.

Flash forward a few weeks and Golec's Wellington side are sitting pretty in fourth place, not far off Melbourne Victory in third, having scored a whopping 18 goals in their last three games.

Such is their dominance, they're fast becoming a genuine contender for the A-League Championship.

"(I've) been really enjoying the last eight to ten weeks," Golec said. "I've got to see a bit of Wellington and I'm loving it.

"I'm enjoying my time here, playing good football and so are the rest of the boys which is a bonus.

"I wasn't happy at the Mariners, things weren't going the way I was hoping they would so I spoke to some clubs and Wellington came back.

"I played with Mark Rudan at Sydney United towards the end of his career, I knew the way he was as a coach and I wanted to be a part of that." 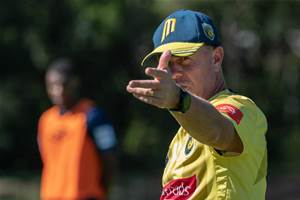 In pics: Stajcic stamps his mark on the Mariners

Alen Stajcic is making the Central Coast Mariners his own already after just a few weeks as caretaker coach at the wooden spoon side. FTBL was there at training this morning as he put his troops through a bruising, tough-love training session, where he pulled no punches on their strengths and weaknesses. Check out the pics...

Pressed for details on why he jumped ship from Gosford, Golec refused to criticise his old club, admitting only that after only securing two wins all season, the Usain Bolt pre-season trial was a bad look.

"The Mariners are the past, I'm a Wellington player now and I'm focusing on that," he insisted.

"Some say (the Usain Bolt) thing was a distraction, others don't, it looks bad because of what the club has been through but that's not my concern any more."

To add to the upturn in form, Golec's move also coincided with a sudden starting position due to a run of Nix injuries, including star import Steven Taylor.

But Golec believes he's done everything he can to deserve a name on the team sheet.

"I had to work hard, there have been some injuries so I got my opportunity and I like to think I took it," he said.

"Keep working hard whether I'm playing, on the bench or not, it's what I'm here for. You've just got to give 100% every day, that's the minimum requirement for a professional footballer.

"We've had three wins in a row now and we're pushing for that playoff spot at home. We're going to push hard at training, there's no rest, there's no easy game."

The only downside to another trailblazing victory last week - a 4-1 thumping of finals rivals Newcastle Jets - was a ghastly broken foot to right-back revelation Louis Fenton.

Golec wished the Nix veteran all the best, while insisting he's not looking to take his place.

"I've never played right back, I don't know what the coach is going to do there," he said.

"It's unfortunate what's happened with Louis but he's got all us boys here to support him through it. Let's hope we can bring success for the fans and him as well." 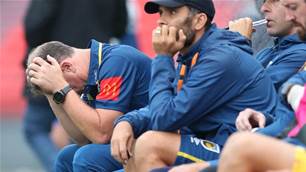 'They don't want to hear it's going to be better': Mariners 'can't sulk forever' says Stajcic 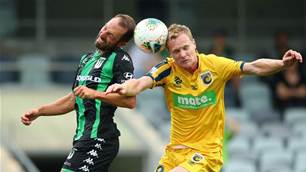