SWEDEN captain Zlatan Ibrahimovic believes his side deserve a place at the FIFA World Cup more than play-off opponents Portugal.

The sides meet in Lisbon on Friday for the first leg of their play-off, having finished second in Group C and Group F respectively.

While Ibrahimovic feels Portugal are favourites to progress, the Paris Saint-Germain striker believes Sweden are more deserving as they were involved in a tougher group.

"With the individuals and the team they have, Portugal are clearly the favourites," he told Gazzetta Dello Sport.

"They're stronger as a team but if we can cut our mistakes down to a minimum we can do it. It's going to be difficult but then it should be because there's a place at the World Cup at stake."

Ibrahimovic has seven goals from his last five appearances for the national team while he has 10 in his last five matches for PSG.

The 32-year-old insists Sweden will be more than ready for the trip to Portugal, adding that he is relishing the responsibility of captaining the side.

"We had some tough games but that helped motivate us," he continued. "Then there's the new stadium (the Friends Arena in Solna), the fact that I'm captain, that I have to lead my team to the World Cup. They're all things that help get me up for it.

"I've got the experience now too, so I know what I need to get myself firing on all cylinders.

"I feel good with Sweden as well, fired up and motivated. I want to beat the Swedish goalscoring record and become Sweden's all-time top scorer. There are lots of little things which keep me going, giving me fresh incentive.

"I like the responsibility of having to do everything well, on and off the pitch. It's not a negative thing. Not at all." 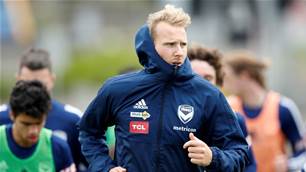