Adelaide United coach Marco Kurz said he might “need glasses” after his side were denied a share of the spoils by a contentious late penalty on Saturday night.

But it was whether Ryan strain handballed in the area that was the big talking point.

Jets v Reds player ratings
Topor-Stanley: We hung in there

Despite the result, it was great to see Georgie on the end of this move for his second goal in as many games. #AUFC #ForeverUnited #NEWvADL

"We come back after the first (goal) and score a very good goal after a good counter attack and then we lost the game after a decision by the referee,” Kurz said.

“I think everybody, also the players and the coach from Newcastle, said it’s no penalty – then you cannot make this decision in this moment.

“For me I don’t understand the decision... My team is fighting for a good result but now they stay frustrated in the dressing room and I understand the boys.”

The incident was reviewed by the VAR but the decision stood.

I don't understand where his arm is meant to go. Disappointed pic.twitter.com/VEBMpX2011

Jets coach Ernie Merrick was philosophical: “Some you win, some you lose.

“The referee says a penalty and then they go upstairs and they check with the video (ref) and he says it’s a penalty, and I guess it’s a penalty.  And I think Dimi took it really well.”

According to the referee Strain moved his arm towards the ball.

“He said he made a move with the hand here,” Kurz said. “I think I need glasses to see the moves. I didn’t see the move but it’s my opinion.”

Despite the outcome the coach was delighted with the performance of the Reds who were without key players Johan Absalonsen and Baba Diawara.

“I have belief in my squad and all the young players,” he said. “We have a lot of young boys on the pitch that make a great job against one of the best teams.” 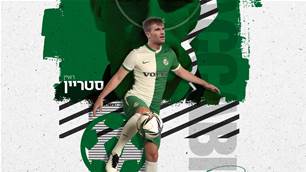