Glory kicked off their three-game stint in Victoria with a thrilling 5-4 loss to Western United in Geelong on Saturday after previously beating Adelaide 5-3.

While keen for his team to tighten up defensively, Garcia was thrilled to see the likes of Carlo Armiento, who scored a brace, Bruno Fornaroli and Nicholas D'Agostino all find a way past the United defence in the second half.

"If we score more goals than the other team, it doesn't make a difference," Garcia said post-match.

"So, yes, we want to improve on our defending but we're scoring four away from home. That was pleasing for me.

"It's pleasing scoring goals away from home, it's pleasing that the boys reacted after a sluggish first half.

"But if you told me that we're going to score four goals away from home every game I'll be very happy because there's going to be games where we don't concede five."

Glory will bolster their defence after their stint in Victoria with former Japan international Kosuke Ota (quarantine) and ex-Bundesliga defender Sebastian Langkamp (yet to arrive) joining the squad.

But first, they face a tight turnaround before Tuesday's match at Melbourne Victory, who lost to Adelaide on Saturday night. Then Glory go on to play Melbourne City next Sunday.

Skipper Diego Castro (leg) missed Saturday's game but is due to fly to Melbourne early next week and could potentially be in the mix to face Victory, if not City.

Perth didn't train between Wednesday's win over Adelaide and Saturday's game and Garcia admitted they were set for another recovery-focused week.

"We pretty much recovered on Thursday and then had to fly Friday," he said.

"So that's something that we have to adapt to. It's a difficult season for everyone.

"So we've got to really just get on with putting our best foot forward for next week - or Tuesday really - because it's only a couple of days away again." 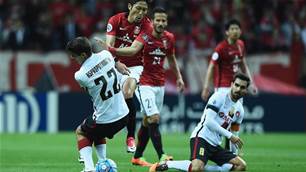