Socceroo Mitchell Langerak saved a penalty and impressed as VfB Stuttgart kept their promotion hopes on track with a 1-1 draw with Eintracht Braunschweig in Germany’s 2.Bundesliga.

The result, crucial to promotion with Stuttgart sitting top and Braunschweig in fourth, leaves the visitors four points ahead at the summit with 11 games to go.

From an Australian perspective, Langerak's performance will be noted by Socceroos boss Ange Postecoglou who will this week name his squad for upcoming World Cup qualifiers against Iraq and UAE.

Langerak's good form has led to some suggestions he could usurp Mat Ryan as Postecoglou's first choice.

Stuttgart took a third minute lead through Carlos Mane, before Braunschweig won a penalty on 34 minutes after Emiliano Insua’s push.

Mirko Boland stepped up but Langerak read the spotkick well and parried it away.

Eight minutes later, Langerak was beaten from the penalty spot, with Ken Reichel taking the responsibility this time.

Down to 10 men following the second penalty, Stuttgart came under pressure with Langerak impressive in denying Braunschweig on numerous occasions.

In the 83rd minute, Phil Ofosu-Ayeh had a great chance which Langerak did well to thwart.

“The 1-1 draw is a result with which we cannot be quite happy, but at the same time we’re satisfied,” Langerak told the club website.

“We’ve been hit by a good Braunschweig team, who weren’t easy to play.” 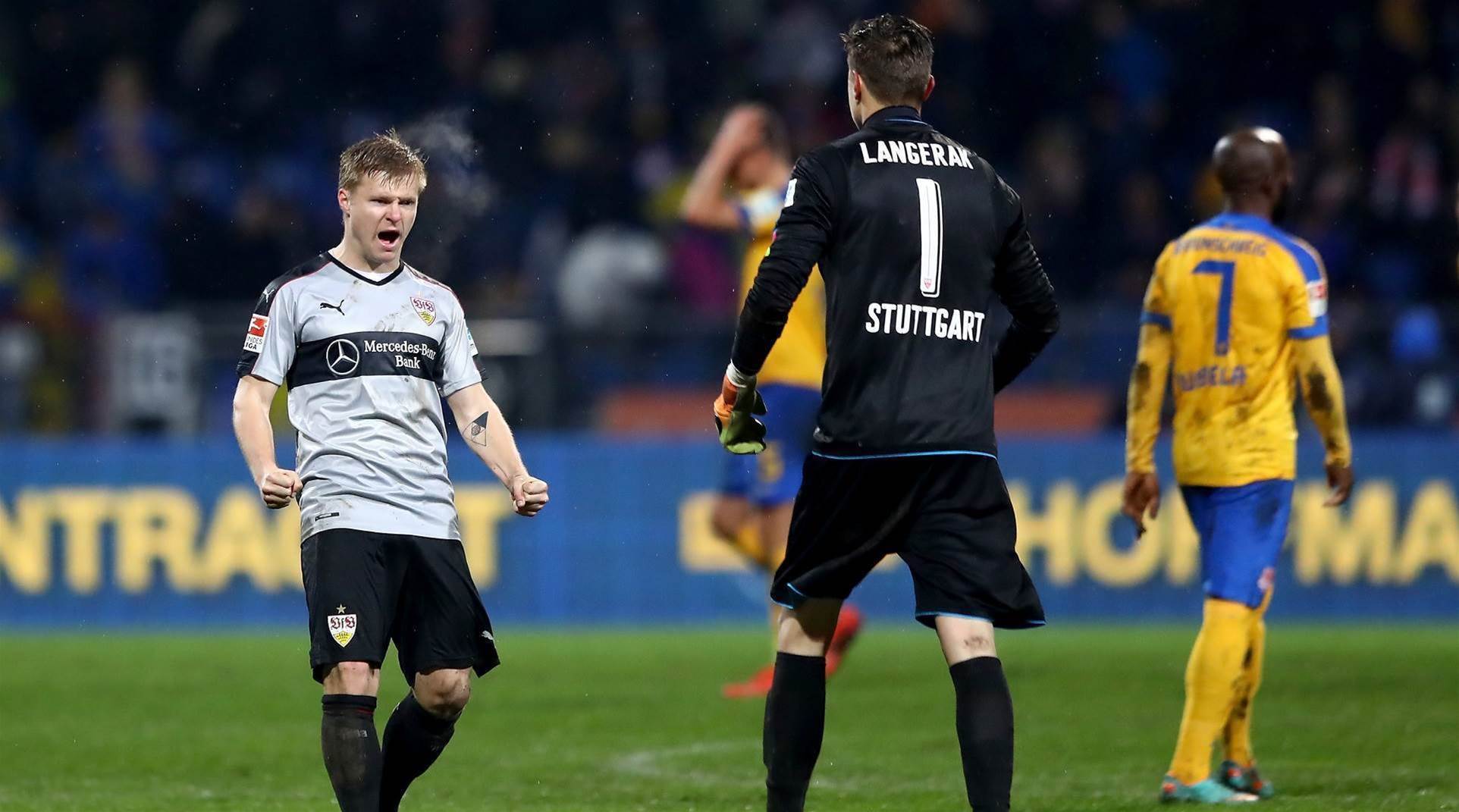