Perth Glory will be aiming to get out of their recent funk when they take on Sydney FC on enemy territory on Saturday.

The Sky Blues sit 10 points clear on top of the table, while Glory are in fourth after winning just one of their past six A-League games.

Perth were the runaway winners of the Premiers Plate last season before losing the grand final to Sydney on penalties.

Popovic has grand plans to turn Glory into a powerhouse club, but says they need to show years of consistency before they can be considered at that level.

A strong performance on enemy territory on Saturday will be a step in that direction.

"I've always maintained that we want to be a club that competes with the big boys," Popovic said.

"The two Sydney teams and the two Melbourne teams are the biggest clubs.

"We created expectation last year and we want to be challenging again. We want to have that consistency. And then in a few years to come, maybe we can go into that area of being a big club.

"Sydney's proving it at the moment, that's what they are. It's a fantastic challenge as a footballer playing the best team away from home." 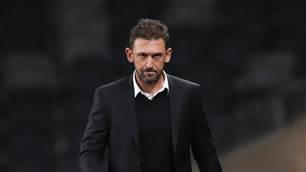 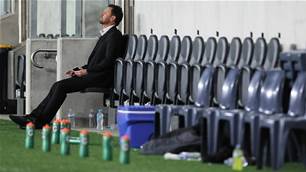