Roy Krishna has given nothing away about his future plans after capping a glittering A-League season with Wellington's player-of-the-year gong.

Roy Krishna has bagged player of the year honours but left one glaring question hanging over the Wellington Phoenix awards evening.

Will he be back next year?

The Fijian striker revealed little about his plans for next season after being awarded the club's main prize on Wednesday night, adding to the Johnny Warren Medal and A-League golden boot secured earlier in the month.

Krishna, who also won the Phoenix players' player prize, is the hottest property on the Australasian market and believed to be the subject of a hefty offer from champions Sydney FC.

Other A-League clubs have also tabled interest in the 31-year-old, while there are reports of offers from Asia and North America.

Krishna has maintained he will announce his status before the end of May, with his family to play a part.

The awards evening was also attended by Mark Rudan, who oversaw positive change as Wellington head coach this season before announcing his departure midway through a two-year contract.

He is expected to be unveiled at Western United's inaugural head coach on Thursday.

Newly-appointed Phoenix coach Ufuk Talay arrives in Wellington this week, having finished his role as Sydney FC assistant coach on a high last Sunday when they beat Perth in the grand final. 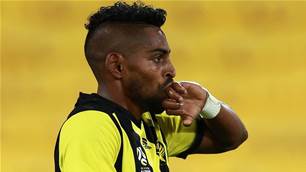 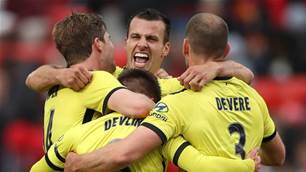