Newcastle Jets appear set to lose skipper Nigel Boogaard for an extended period of time due to an ankle injury in another blow to their defensive stocks.

Boogaard was forced off late in Thursday’s 2-1 loss to Melbourne City at AAMI Park following a nasty collision with Fernando Brandan and team-mate Jason Hoffman.

The central defender appeared to have his ankle twist underneath the falling Brandan, meaning he couldn't continue despite the Jets having used all three substitutions.

The Jets captain was later seen leaving AAMI Park in a moon boot and on crutches in a bad sign.

“He’s hurt his ankle, to the extent I’m not sure,” Jones said.

“It doesn’t look like he’ll be playing next week, anyway.”

"We haven’t played the same back four all year because we haven’t been able to.” 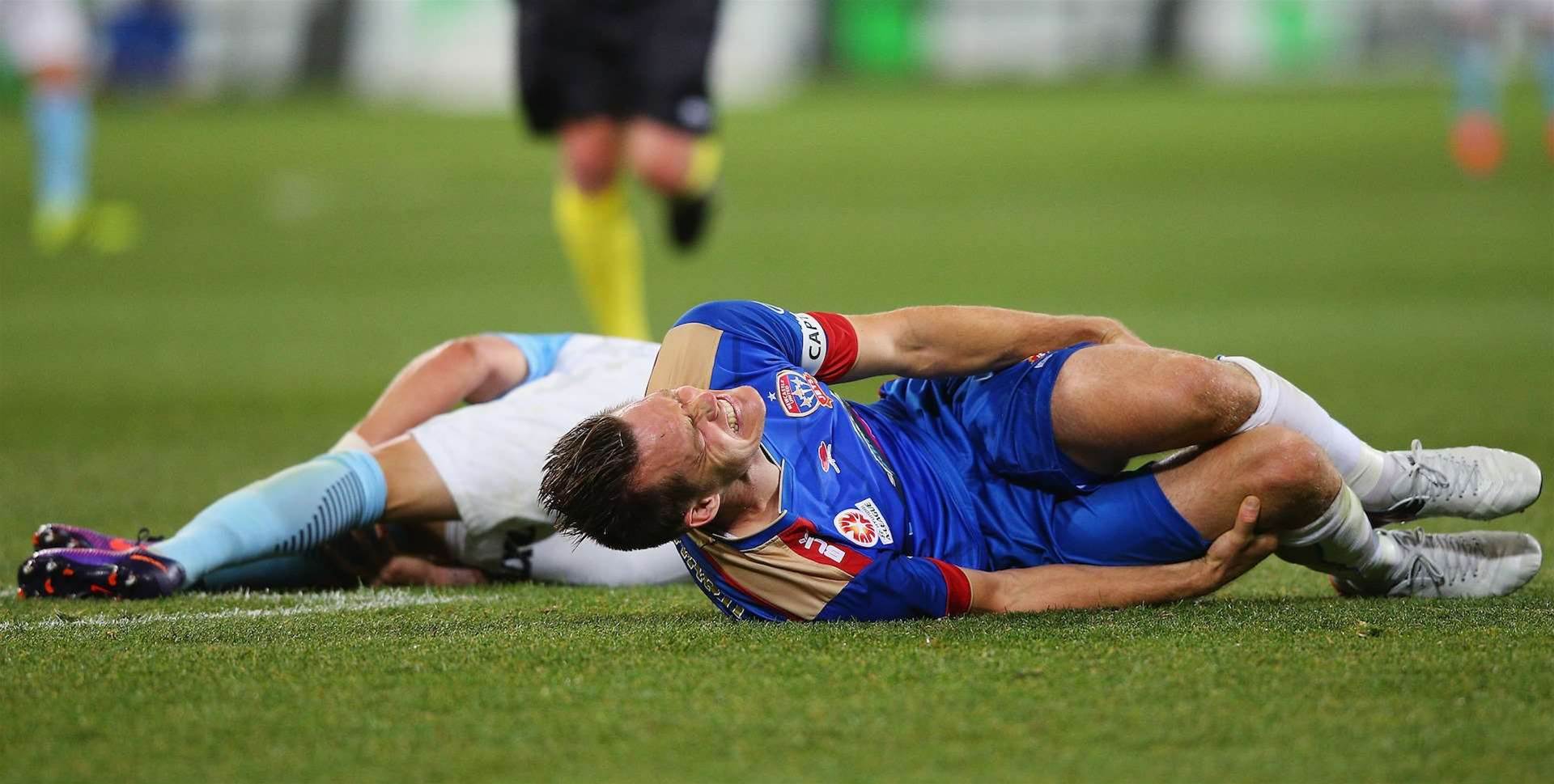 Meanwhile, Jones rued Newcastle’s naivety after conceding two Bruno Fornaroli goals inside the first half hour in the defeat.

He also bemoaned Morten Nordstrand’s glaring point-blank miss earlier in the match which would’ve given his side a 1-0 lead.

“We probably should’ve had something out of the game,” he said. “We didn’t take our opportunities tonight.

“I thought we were naïve again. Our shape was decent, we just got simply beaten one on one, both our full backs, gave them too much time to select a pass.”