Fans in for a heart-stopping second weekend of action. 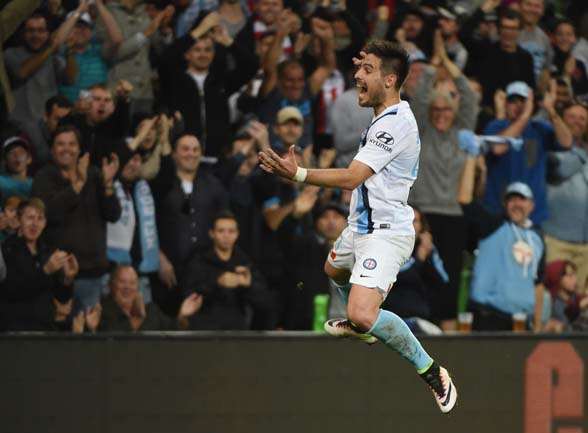 If week one of the finals was anything to go by, football fans are in for a heart-stopping and dramatic few weeks as the A-league season comes to a close.

On the opening night of the finals, Brisbane Roar and Melbourne Victory renewed their rivalry in a match that epitomised what finals football is all about. Despite the Victory dominating large parts of the game and squandering countless chances, they looked destined to make it through to week two after Besart Berisha put the ten-men visitors in front with only minutes remaining.

However, you can never count out a Roar side who have proved time and time again in finals football you must play to the final whistle; they scored two goals in as many minutes to send the Victory crashing out of the finals.

In the other elimination final, Melbourne City was far too dominant in its victory over a gallant Perth Glory. Bruno Fornaroli was at his absolute best, scoring with a freakish yet somewhat controversial bicycle kick to put City ahead early. "El Tuna" then backed up his first effort with a beautifully struck free kick in the second half to secure City's passage into week two of the finals.

Here is how week two shapes up ...

After claiming the Premiers Plate on the final day of the season, Adelaide United completed one of the most remarkable stories in Aussie sport, going from bottom of the league having not won a game after the first two months of the competition, to securing the number-one position come season's end.

On the way to the premiership, United went on to win 15 of their remaining 19 games, losing only once in the process. That loss, however, came at the hands of Melbourne City in round 23 in Adelaide. In fact, Adelaide has failed to beat Melbourne City at home this season, giving the visitors plenty of confidence heading into this fixture. 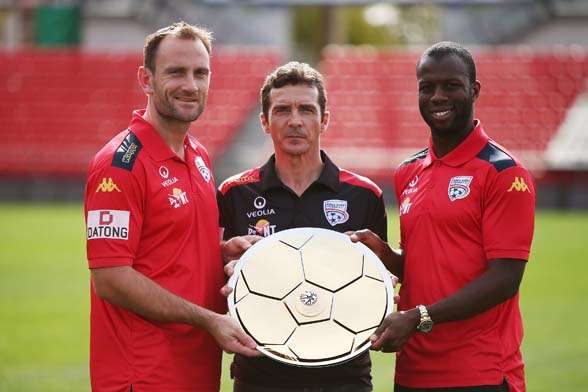 A big part of Adelaide's resurgence has been the excellent defensive displays which alluded the Reds during their dismal start to the season. City failed to break down the stubborn defense in their clash only two weeks ago and this could be repeated again on Friday night; especially with the expected return of Socceroo Tarek Elrich, which should see Craig Goodwin move into his preferred left wing position at the expense of youngster Bruce Kamau.

City will again be without French winger Harry Novillo, who had his appeal against a two-match ban rejected by the FFA. After their display against Perth in the elimination final, with star striker Bruno Fornaroli doing damage upfront, midfield maestro Aaron Mooy pulling the strings in midfield and defensive unit Patrick Kisnorbo marshalling in defense, City will be confident they can go all the way without Novillo in their side.

The SOLD OUT sign will be put up for the first time in Adelaide’s A-League existence and there is nothing better than seeing a jam-packed Coopers Stadium, which will be rocking come kick-off. This game certainly has all the ingredients of an instant classic. 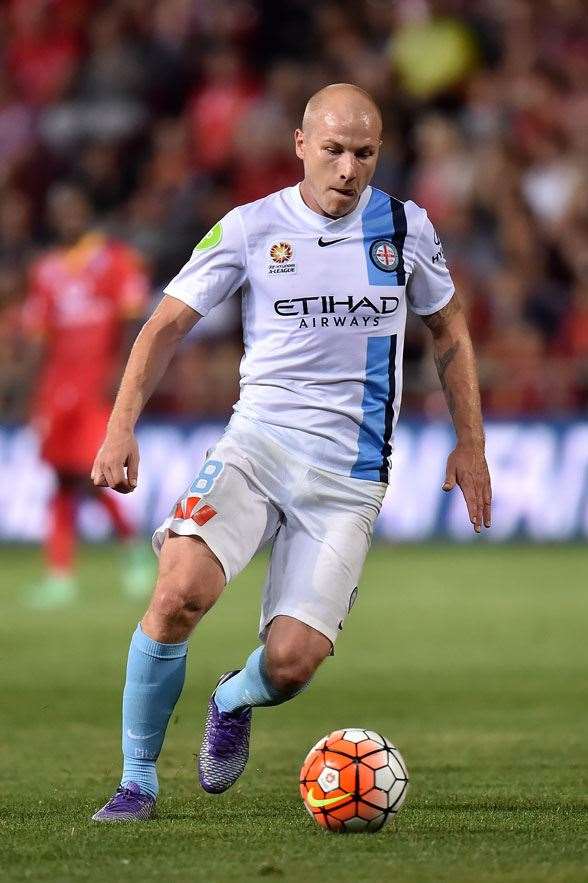 Last Finals Meeting - This is the first finals game between the two clubs.

A red and black inferno awaits Brisbane Roar when they travel to "Wanderland" to take on an inform Wanderers side with a spot in - and the potential to host - the grand final on the line.

Despite winning their epic encounter against the Victory in the elimination final, the Roar know they need to be exceptionally better when they take on the Wanderers after being dominated by the Victory for large parts of the game last week. 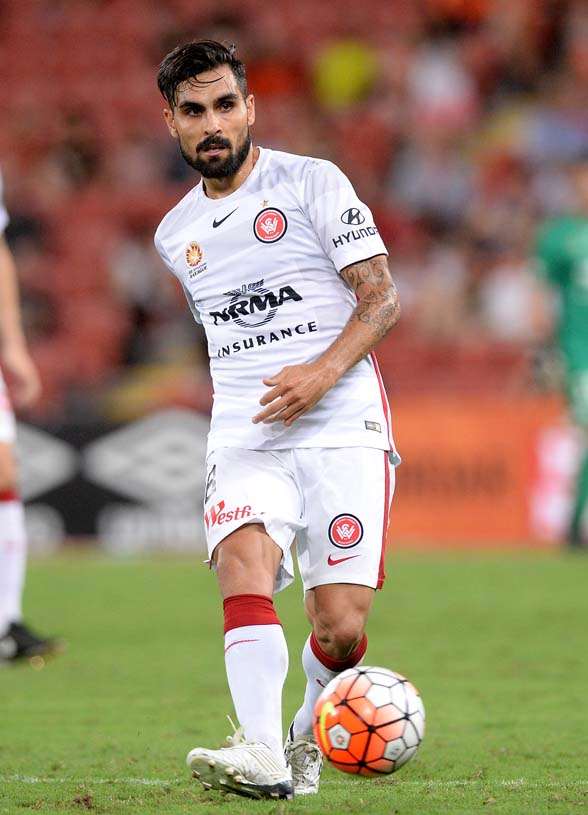 The Roar will come into the game with confidence, having already beat the Wanderers at Pirtek Stadium on the opening day of the season in October. Despite Tony Popovic’s side not looking that different on paper from the round one encounter to what he is expected to field this Sunday, the Wanderers have come leaps and bounds since that 3-1 loss.

A midfield Spanish battle could be the determining factor as to who advances to the grand final. Wanderers duo Dimas and Andreu have thoroughly impressed this season and were central to the club securing that all-important top two finish. Brisbane have their own star Spaniard, with Corona showing pure class every time he laces up the boots for the Roar.

This will be the last-ever Wanderers match to take place at Pirtek Stadium and the home side will be hoping everything goes to script so they can send off a stadium which has brought them so much success in their short existence. However, as we all know very well, Brisbane never goes by the script and will be looking to spoil the party and secure a grand final berth. 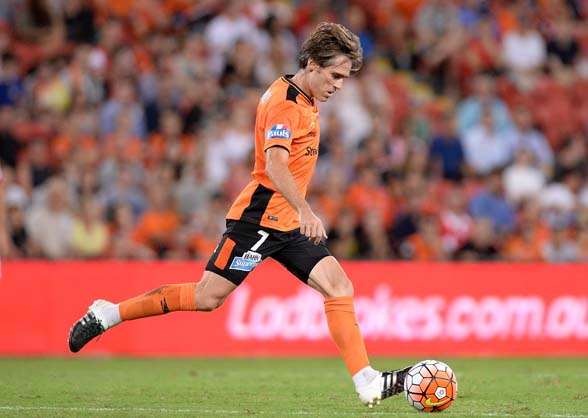 Corona, of the Brisbane Roar. (Photo by Getty Images)