Terry Venables was one of most fascinating and interesting people that I’ve ever met.

Venables was infectious with his very positive approach to football. Venables put football on the front page in Australia as before that we had a lot of trouble even getting on the back page.

Yes he was an attacking coach and he was exciting. But you know what I liked about him most? He was a winner. When he was the England coach he played 22 games they won 11, drew one, and lost only two. One of the two they lost was that penalty shootout against Germany in the semi-final of the 1996 European Championships that was played in England. 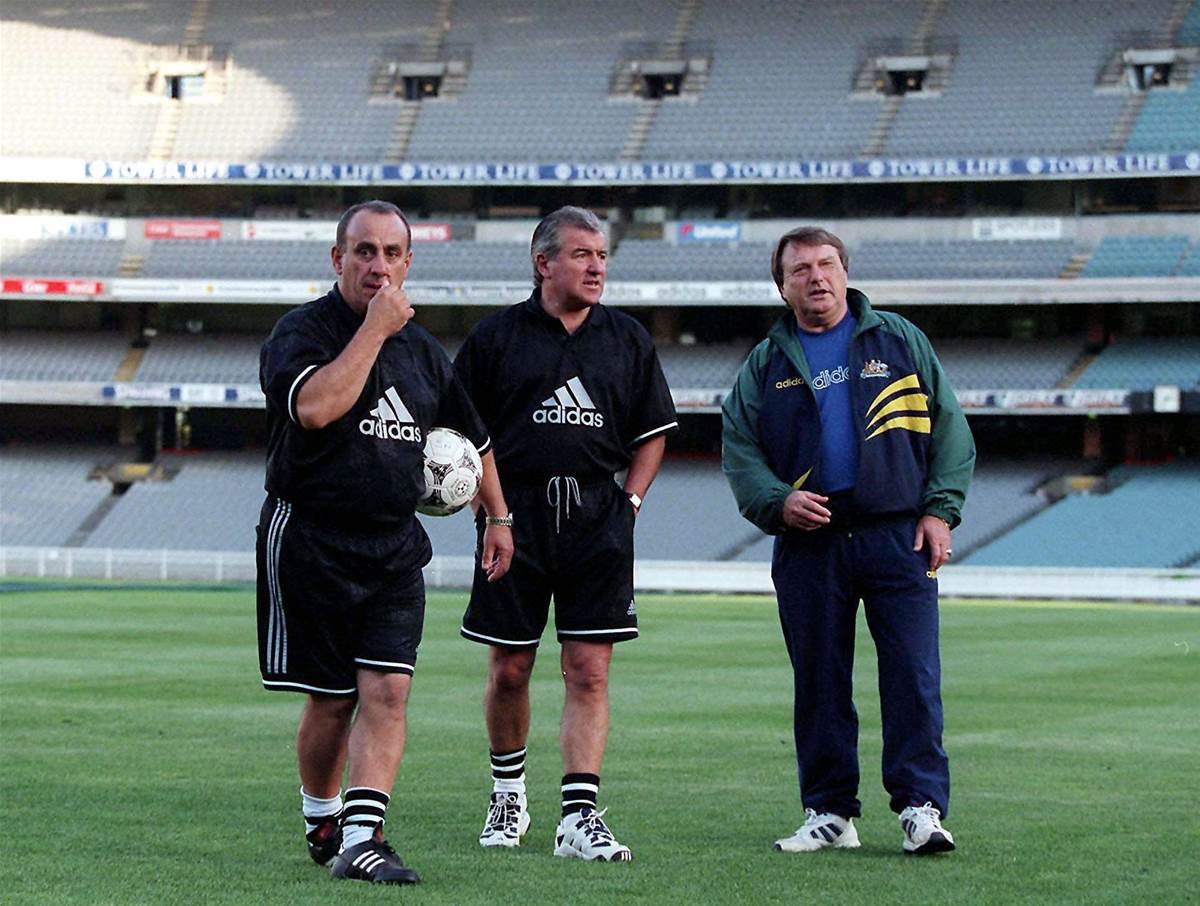 I remember when I signed him as coach of Australia and how Graham Arnold and Robbie Slater and the excitement the other players felt because they knew their careers were immediately enhanced. Their prospects grew when they got one of the world’s most famous coaches in charge.

Bear in mind it wasn’t just his success with England or the English Premier League, he also coached Barcelona. What is often forgotten was one of the first things that he did as manager of Barcelona (which) was to sell Maradona to Napoli. Wow!

As soon as we knew that we were plying Iran I had to organise the planes and everything else - it was a logistical nightmare. Venables told us that we were not taking any bloody risks by drinking local water or eating local food. So, we took all our own food and water.

I called a press conference because the media wanted to know how we were going handle the logistics.  So, I gave them the details about the food and the water. Then the Iranian ambassador wrote a letter that was published on the front page of the Australian newspaper calling for the Australian government to sack me. But Venables took it as us versus them. When we turned up to play the first leg in Iran there was deafening whistles rining around the stadium. Venables who is an old cany professional – was always thinking one step ahead and told us not to go straight  to the dressing room. Instead, he dragged all the players, who were dressed in their tracksuits and with their playing gear underneath, and made them go out on the field.

He dragged the kit steward, the cook, me, everybody up on the field to give them safety in numbers. Even though we were deafened by the whistling, he did it so the players could get used to this environment and not come out of the dressing rooms and hear that whistling for the first time.

He was the one we all looked to, ‘what do we do now Terry? and he knew instinctively, he was one of the brightest people I’ve ever met.

When Harry Kewell scored it was as if 129,000 men were frozen. There was deathly, deathly, deathly silence. I had to look to make sure that the ball was in the net because I didn’t believe it was a goal. I jumped up to scream and then I stopped myself. I’m screaming yeahhhhhhhh and I look back and I feel like an idiot. At that point Iran hadn’t lost an international on that ground for 30 years and we went 1-0 up. Gees Kewell was gifted.

My wife was one of only two women at the game. She wasn’t allowed on the team bus, not with all the men, so after the game when we left the stadium we went straight to the airport. Venables said, ‘let’s get out of here, we’ve got an away goal’ so she hid on the floor of the team bus -  because if they saw there was a woman with the men they would have pulled her off the bus.

For the first time of any football code in Australia we made the players travel back from Iran to Melbourne in Business class. Even England didn’t do that. Venables wrote in his book that when they flew to Hong Kong the officials were in first class and the players flew in Economy.

Melbourne major events did a fantastic job promoting the game. Driving into Melbourne from Tullamarine airport over the footbridge they had a big poster of Mark Bosnich. 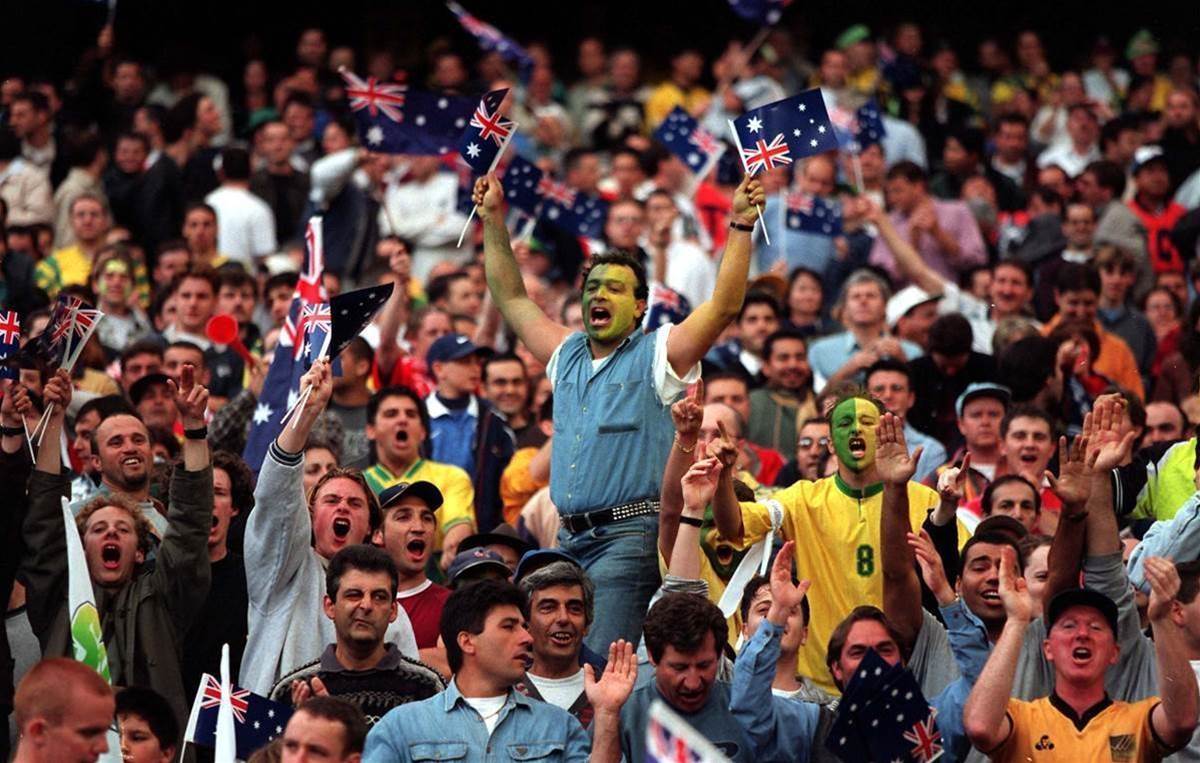 Melbourne was electric with this game in a way that they had never been before. At the Iran game, the home fans were waving the green Iranian flag as well as the deafening whistles sounds and I thought, geez, that is bloody impressive.

I got 4,500 Australian flags and give them away free. I am a Republican. I don’t like to see the Union Jack but I thought that was a nice touch, so we handed them out to Socceroos fans.

When we were up 2-0, I was in the stands saying to people around me, “pack your bags we are going to France”. Why wouldn’t you? Did anybody in the ground think that we weren’t going to the World Cup?

Looking back, there is one only if. After Iran equalised and with five minutes to go, Mark Viduka was brought down in the box by the shoulders.  Looking at the replay you can see he was clearly pulled down. Only Viduka was good enough to get his foot to it and it he hit it lamely to the goal keeper. Any mere mortal would not have got near the ball. He was pulled down so savagely, any other person would have fallen down. It was a penatly 100 %.

When the game ended, Iran qualified for France 98 on away goals. I’ve never seen a worse scene in sport. Alex Tobin ,who was a very presentable captain, was just not physically capable of getting to the press conference. Now the FIFA rule is the coach and the captain have to attend, but Tobin couldn’t do it. It was awful so I sat next to Venables and all he could say was, ‘gutted, I’m gutted.’I was saying ‘that’s football’ – which didn’t help. People wanted more than that. They wanted pain. They wanted blood. They wanted recrimination. I underestimated how upset people were.

But that ranks as failure. That’s what happens in World Cup bids. You sack the coach but I though bugger it.  Everyone wanted to see some drastic response. Everybody wanted me to sack Venables but I thought he was fantastic for Australia and I wasn’t going to do that.  All the established football fraternity wanted some sacrificial bloodletting, but I just thought, bugger it, Venables was too good for Australia. 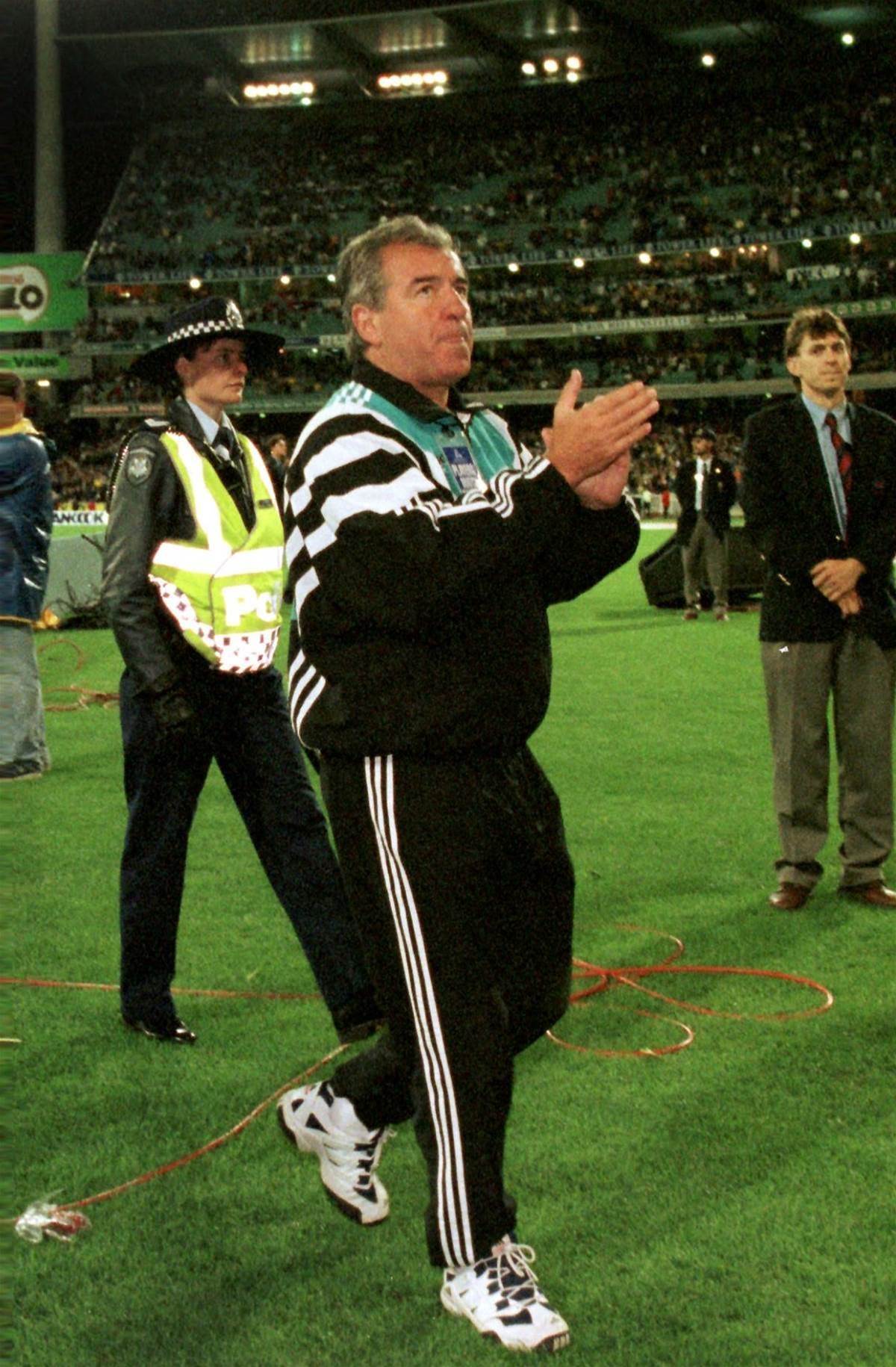 But getting Venables changed everything. It rewrote the rules. Up until then we always got an Australian coach and I quoted in the book what I said to the press at the time – "if we can get the best coach in the world why wouldn’t we?" We have to get a local coach when we could have the best in the world? That changed the attitude completely. The big difference was we got Venables cheap - for only $200,000 pounds which is exactly what he got coaching England. England coaches now cost millions of pounds and so do Australian coaches.

As told to Con Stamocostas.