Iran will face Japan in the first of the AFC Asian Cup semi-finals after they overcame China 3-0 at Mohammed bin Zayed Stadium, Abu Dhabi in front of a crowd of 19,578.

Sardar Azmoun’s chasing and pressurising of the defence produced mistakes that led to two first half goals with Mehdi Taremi presented with the first (18’) and Azmoun himself adding the second (31’). Another slip at the back allowing Karim Ansarifard to add a third in added on time (91’).

In the earlier game Japan had defeated Vietnam 1-0 with the Video Assistant Referee (VAR) key as it featured for the first time in the tournament.

Japan’s captain Maya Yoshida had a 24th minute goal overturned for handball but in the 57th minute Ritsu Doan was ruled, again with the assistance of VAR, to have been brought down in the penalty area and he stepped up and hit home the only goal of the game.

In Abu Dhabi both teams made two changes with each having a player suspended after two yellow cards in the previous games. China took a more conservative approach introducing two defenders with Liu Liming and Zhang Chengdong starting while Ehsan Hajsafi and Hossein Kanaanizadegan were in Iran's line up.

There was a frenetic start to what proved to be a very open game with each side coming close within the first few minutes. Brighton and Hove Albion’s Alireza Jahanbakhsh hit his pass slightly too far ahead of Azmoun who could have been presented with a golden chance.

Moments later and China should have taken the lead. Hao Junmin was sent clear down the right but delayed his cross to an unmarked Wu Lei waiting in the centre and the chance was smothered when he finally put the ball over.

Azmoun then had two further chances within seconds of each other. He looked sure to score when he found room and headed towards goal directly from a corner only to see China’s captain Zheng Zhi hook the ball off the line. When Milad Mohammadi returned the ball into the danger area Azmoun could only fire wide of the near post.

Iran took a deserved lead in the 18th minute thanks largely to a defensive blunder by Feng Xiaoting. He was caught in two minds as to how he should guide the ball back to goalkeeper Yan Junling. Azmoun pounced on the indecision beating Xiaoting to the ball before guiding it across to an unmarked Taremi who slotted home,

Iran’s left winger should have had a brace in the 26tth minute when Kanaanizadegan pulled the ball into his path but, completely unmarked at the far post, Taremi dragged his shot wide.

China’s defence was being carved open far too easily but despite this, in the 28th minute, coach Marcello Lippi decided to strengthen his attack bringing on Xiao Zhi for Feng Xiaoting who'd had a night to forget.

Only three minutes later and Iran had doubled their lead. It was similar to the first goal. A long ball from the back and this time Azmoun put Liu Yiming under pressure. He couldn’t get enough contact on the ball allowing Azmoun to nip in and round Yan Junling for his fourth goal of the finals.

The first opportunity of the second half went to substitute Xiao Zhi but he was unable to keep his header down from Liu Yang’s cross.

It was then Iran’s turn to threaten China through the aerial route but both Taremi and Kanaanizadegan put their headers over the bar.

On the hour mark Iran almost added a third following another mistake at the back. Azmoun’s final pass was meant to find Janahbakhsh but instead fell invitingly for Hajsafi who’s shot from outside the area was tipped around the post by Yan Junling.

With eight minutes to go Yu Dabao produced a wonderful mazy run that was capped with a disappointing sliced finish without threatening Alireza Beiranvand’s goal.

Sadly, China’s defence had one more costly error to make with Taremi the provider this time as he robbed Shi Ke of the ball and fed Ansarifard who gave Yan Junling no chance.

In the end China are sure to feel that they were the cause of their own undoing while Iran continued to impress. They kept their fifth clean sheet of the competition to equal South Korea’s record of 2015. The only blot for them came when Taremi collected his second yellow card of the tournament to rule him out of the semi-final. 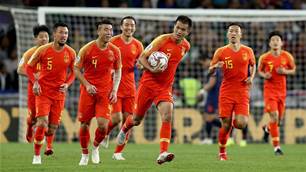 China fight back to deny Thailand 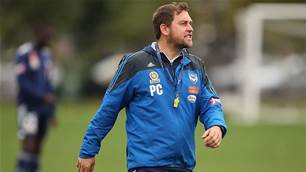