Iran drew with Portugal 1-1, courtesy of Karim Ansarifard's penalty after a wonder-goal from Ricardo Quaresma.

It was a frenetic start from both sides, with Iran pushing to cause Portugal problems and had plenty of chances on the counter.

With a moment of genius just before the break, Ricardo Quaresma hit a shot with the outside of his right foot from outside the penalty area to finish with class. Rolling back the years in a memorable moment.

In good use of the VAR, a penalty was awarded to Cristiano Ronaldo in the second half, but goalkeeper Ali Beiranvand denied him spectacularly.

Then, in stoppage time, a handball by Cedric gave Iran a chance from the spot and Karim Ansarifard equalised, but it was not enough and Portugal breathed a sigh of relief.

Group B once again provided the goods in another fiery contest as Portugal and Spain go through.

A case of the jitters in the opening ten minutes. Denied Ronaldo from the spot.

Looked dangerous and was great on the defensive side. Was caught out by a energetic Quaresma on the wing. Subbed off due to a booking.

Defended out of is skin, along with the others, until they were finally broken down.

Did well to block a dangerous Quaresma cross. Solid in moments. 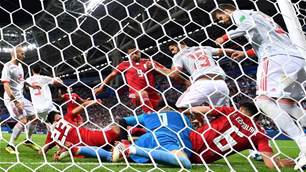 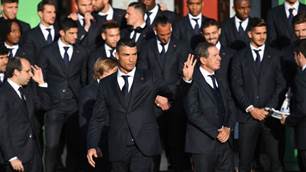