Jackson Irvine admits the Socceroos are not happy to be going home from Russia but is adamant they more than held their own against South American champions Chile.

Irvine started as a defensive midfielder against Chile in Australia's final group game and impressed in the 1-1 draw.

The sterling performance from the Socceroos was not enough to save them from elimination from the Confederations Cup after a loss to Germany and a draw with Cameroon in their previous group fixtures.

Australia had several promising chances to score more goals against La Roja at Spartak Stadium and kill the game off, but couldn't find the back of the net in a very open match.

"I think we had them by the throat and if we’d taken our chances late in the first half and early in the second,” Irvine said.

“We created a lot of openings, which is something that has been lacking. We need a bit more of a ruthless streak … if we’d gone on to get that second goal we’d have put them to bed.

"We’re not happy to be going home but we more than held our own." 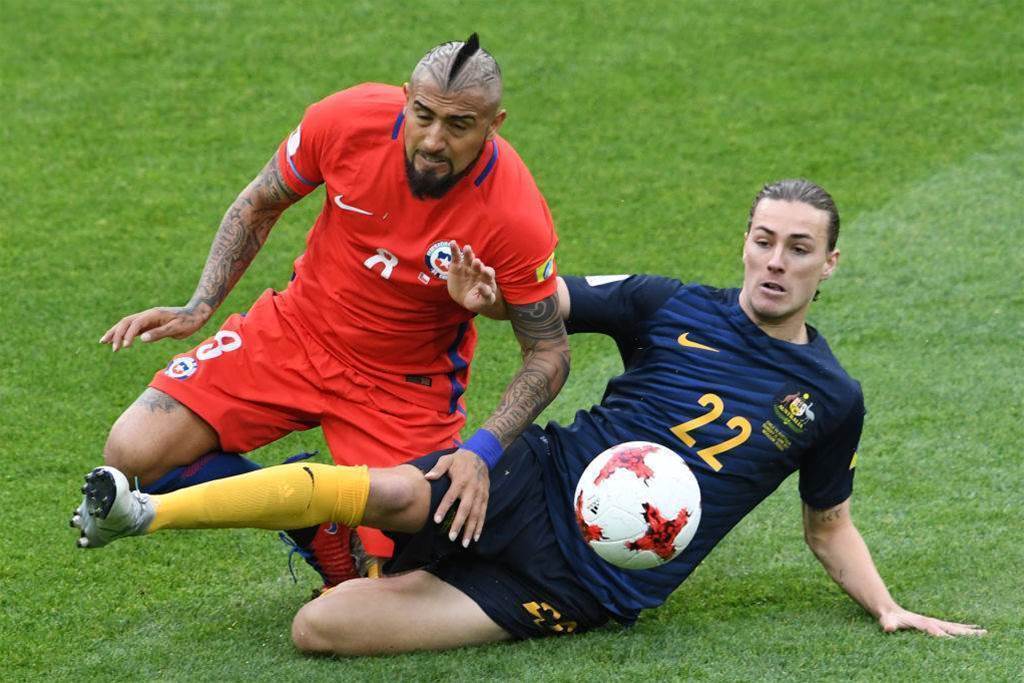 Irvine's harassing in midfield was a feature

Irvine described the goal the Socceroos conceded in the second half as a "soft one".

The Burton Albion midfielder, who gave his performance yet in a green and gold shirt, repaid Ange Postecoglou's faith in him and played with no fear

“It was my first game for Australia as a defensive midfielder,” the former Celtic man said.

“Everybody who came in wanted to show the boss they could contribute, and I thought we did that.

"He said he would make changes after the Cameroon game and had faith in us. Our energy held us in good stead for the way we approached the game.

"The goal we conceded was a soft one but we are still learning.”