Despite COVID-19 uncertainty COVID-19 showing no signs of abating, Melbourne Victory won’t limit their search for a permanent Head Coach to the domestic scene.

Victory announced they had begun the process of searching for their next permanent Head Coach on Tuesday, around four months after the club parted ways with German Marco Kurz after just 13 games in charge of the club.

Even before the coronvirus crisis, the task facing whoever took up the Victory mantle was shaping to be daunting.

The club sit second-bottom of the A-League table and nearly 20 players – including Ola Toivonen, Lawrence Thomas, Tim Hoogland and Andrew Nabbout – come off contract at the end of the season (whenever that may be).

Victory Chief Executive Trent Jacobs said that while the club understands that ambiguity surrounds the current state of football, the club felt it was important to get the process started in order to find the best candidate – either domestic or foreign.

“We understand the uncertainty but from our perspective, we feel that time is of the essence, we want to secure the best coach and we want to have enough preparation time,” he told FTBL.

“As it stands at the moment we probably haven’t set the start date for the role but we recognise that there’s a lot of work ahead in developing our roster and shaping our program and while there’s uncertainty, we felt it was timely

“We understand the uncertainty around the world at the moment and the variations of the impact that COVID-19 is having in different parts of the world but certainly want to look at all of our options.

“From our perspective, when we look at the candidates that come to us, if we’re leaning to an international coach at that point in time we’ll work with the government and health authorities, look at all the regulations and liaise with immigration and legal to manage that process.

“But as it stands now, it remains completely dynamic and what it looks like in six to eight weeks, we don’t know. So, and I think what we will do is keep our options open and assess at a later point.”

A former assistant to both Kurz and Kevin Muscat, Carlos Salvachúa had taken over as interim boss following the departure of Kurz, and Jacobs confirmed that the Spaniard would be considered for the full-time role.

“We’ve had discussions with Carlos, who was contracted to the end of the season and he certainly intends to put his name forward and will certainly take part in the process,” he said. 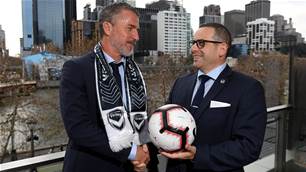 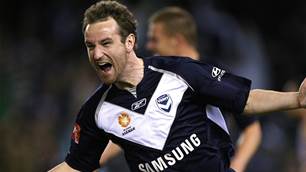