Adelaide United's Kusini Yengi has called for greater education after being racially vilified on social media in the wake of scoring his first A-League goal.

Yengi found the net for the Reds in Saturday night's away victory against Melbourne Victory.

But post-game the 22-year-old was racially abused on social media with police now trying to find the culprits.

"It took away from a special moment, which was me scoring my first A-League goal, so it's disappointing," Yengi told reporters on Tuesday.

"After the game there were a lot of good messages, everyone congratulating me ... but obviously a few that were uncomfortable to look at."

Yengi, born in Adelaide to an English mother and South Sudanese father, appealed for greater anti-racism education within football and the wider community.

"It's a tough one, you never really get taught how to deal with this type of thing," he said.

"I saw the messages and tried to move on ... but also I would like to speak about it because it's obviously not right.

"And it's a big thing to be educated about the situation so that it doesn't happen in the future.

"Everyone just needs to be kind to one another and promote love and not negative energy.

"We are all humans and we're all trying to do our best at whatever we do.

"Giving people negative energy and making comments like that doesn't help anyone."

Yengi's desire to speak out was solidified by watching the Adam Goodes documentary in which the retired AFL star detailed his experiences of racism.

"It gave me a lot of motivation and gave me some ideas of why I should speak up," he said of the Goodes film.

"Sometimes you kind of just push things away. But ... racism is something we should speak up about."

Yengi, who has made 10 A-League appearances for Adelaide, was uncertain whether police would manage to find those responsible for the racist attacks.

"I am not sure really right now what I would like to happen to that person," he said.

"I hope that they learn their lesson if they get caught and someone educates them and ... in the future they won't make these kind of comments."

Adelaide United, Melbourne Victory, Australian Professional Leagues - who manage the A-League - and Professional Footballers Australia are among those to have condemned the racial attacks on Yengi. 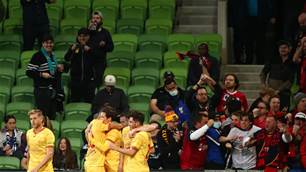 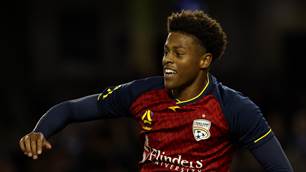 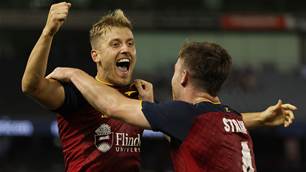