Western United and Wellington Phoenix have played out a 1-1 draw in their match at UTAS Stadium.

Ten-man Western United have held Wellington Phoenix at bay to earn a 1-1 draw and move within touching distance of the A-League's top six.

With the match delicately poised, United lost defender Brendan Hamill for a second yellow card just before halftime of Thursday's contest after the defender was adjudged to have elbowed Ben Waine in an aerial duel.

In a spiteful clash, referee Alex King ended up dishing out 10 yellow which ultimately ended with the hosts moving into seventh on the A-League table and the 'Nix remaining ninth.

"Very soft. Extremely soft," United boss Mark Rudan said of the Hamill send-off. "Should have been 11 vs 11 in the second half. It completely changed the game."

Nonetheless, Rudan's side managed to hold a blunt Wellington at bay throughout the second stanza at UTAS Stadium to earn a point made possible by attacker Lachlan Wales, who cancelled out in-form Waine's early opener in the 27th-minute.

"It's a huge point," Rudan added. "The togetherness and the effort that was shown by the players was just incredible.

"Against a team with momentum and confidence that's won two on the trot, it's fantastic.

"We'll look back to tonight's game and we'll know that we can dig deep like at this football club - that we grind it out, fight it out and get a point."

Belying their packed schedule, coach Ufuk Talay's Phoenix started strongly and was duly rewarded with a lead within 10 minutes.

Louis Fenton's blocked cross fell to an adjacent Ulises Davila in the seventh and the Mexican star laced a follow-up to Waine, who sent a first-time shot into the bottom corner. It was the 19-year-old Kiwi's fifth goal of 2020-21 and third in three consecutive starts.

Yet despite chasing shadows for much of the opening exchanges, United rallied to restore parity just before the half-hour mark through Olyroo hopeful Wales.

Starting in place of Besart Berisha, the 23-year-old shrugged off the attention of three defenders after being picked out by Connor Pain and laced an inch-perfect shot into the bottom corner to restore parity.

Despite their one-man advantage, Phoenix struggled to create any chances of note until very late in the second half - Davila forging their best chance when he forced goalkeeper Ryan Scott into a high-class save in the 89th minute.

"I don't think we deserved to actually win the game (based on) that second-half performance," said Talay.

"It's disappointing. The decision making and execution wasn't good enough." 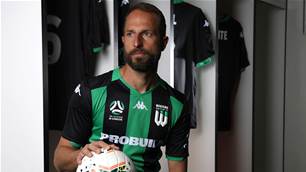 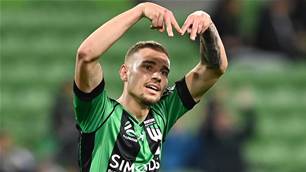