Wellington coach Ufuk Talay said his team will take the next fortnight to recover as they face two weeks without an A-League match.

Wellington coach Ufuk Talay insists his side is coping well away from home despite facing another fortnight without playing an A-League match.

Border closures across Australia have forced Football Australia to postpone several upcoming games between sides not based in NSW, meaning the Phoenix will next play on January 24.

It follows Saturday night's 1-all draw with Macarthur FC at Campbelltown Stadium - their second match of the season.

And now with a fortnight to kill before facing Newcastle Jets at McDonald Jones Stadium, Talay said he would rather be on the paddock than resting at this point of the season.

"I'm a big believer in playing games," he said.

"The more games we play, the more of a challenge it is for the boys and the more momentum we can have moving forward.

"At the moment with everything that's happening with the restrictions and the borders, we don't have a game next week, it'll give us time for some players to recover and we'll get working on that."

Saturday's draw marked their seventh-straight game without a win in NSW.

The Phoenix have been based in Wollongong since the start of November and are in Australia indefinitely until travel is allowed between the countries.

However, Talay said the team has settled in well enough that time away from home is not a major issue for the team.

"It's normal every day life for us as it would be in Wellington.

"We're not stuck on top of one another for 10 weeks like we would be in a hotel.

"At the end of the day it's going to be difficult for us not playing in front of home fans but we know that and it's something we'll have to deal with this season." 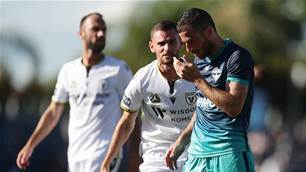 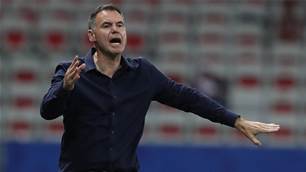