Lachlan Jackson says Newcastle have to build on their impressive performance against Western United to kick-start their A-League season.

The Jets claimed their first win last weekend with a hard-fought 1-0 win over the competition’s newcomers.

Newcastle had not registered a clean sheet or a victory before that game, with two draws and two losses.

Jackson wants his side to use that positive display as they ready to take on Western Sydney next week.

“I think we’ve been playing good football all season,” the defender said.

“Now we’ve just got a win and we can build on that. Defensively we were very solid, there was a lot of times there we were under the pump so th boys dug really deep. It’s a great platform to build on.

“The first half we were very good on the attack and the second half showed our defensive qualities. We got a clean sheet as well, our first of the year, and that’s a big plus.

"If we can keep that going into the Wanderers, it’s a great platform to build on.

"The Jets have their second bye of the season this weekend. Their first bye came in round one of the campaign.

“Everyone gets those byes, we just got them early,” Jackson said.

“I’m sure in the later part of the year if we can go on a bit more of a run they will come in handy when we’re playing each week.”

Jackson has been deputising for injured skipper Nigel Boogard in the past fortnight.

The 24-year-old has impressed in the heart of defence.

“There’s big shoes to fill when Nigel’s out.  [But] there’s definitely more improvement in my game. Every week I feel like I’m learning a lot more.”

Newcastle’s next game is at home against the Wanderers on November 30.

“They’re sitting a lot of higher on that table than we are,” Jackson admitted.

“They’re I guess on a bit of a roll and we want to knock them off.” 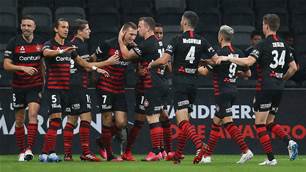