An anonymous showing from the Ludogrets Razgrad midfielder who did little to impress in the first half. Improved in the second half as Poland seriously took control of the match and Goralski really put the foot down on Japan's quick feet.

Stationed on the left wing he was dangerous early on the break for Poland as he muscled his way into the contest with some strong tackles. A delightful ball to the back post for Bednarek to volley home the opening goal.

A clumsy back pass and awareness laid Poland bare to the mercy of the Japanese attack as Shinji Okazaki couldn't direct his header on target.

Infiltrated the box for a chance only once in the first half but a Polish boot couldn't get on the end of it. A a powerful and goal bound header was clawed out by Kawashima after 32 minutes. His deliveries were at all times close but no cigar. 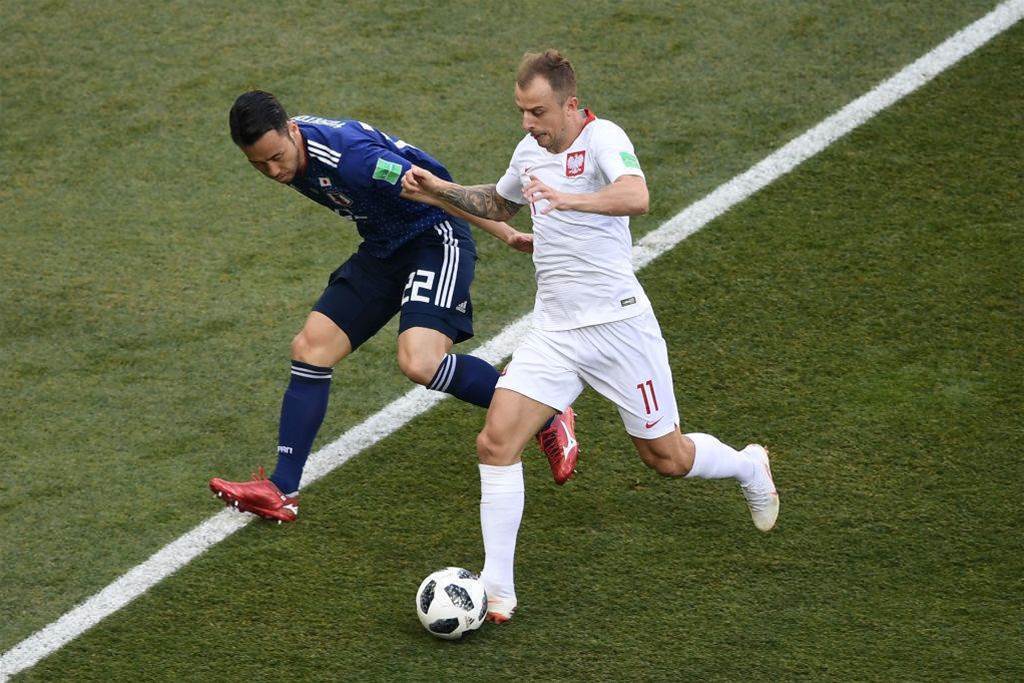 Playing an unlikely striking partner role with Lewandowski. Zielinski did a respectable job dropping in between the lines and linking up passes with wingers Grosicki and Kurzawa.

Had to come deeper and deeper to get the ball and find some touches due to Japan's midfield preventing Poland from playing the ball quickly. A serious lack of service from his teammates.

Couldn't find any more attacking avenues for Poland to find a second.