Coach Mark Jones concedes the wheels have fallen off the Newcastle Jets' season but won’t cop the blame for their free-falling campaign.

The one-time finals chasing side were hit 3-0 at home to Western Sydney Wanderers on Saturday and now face a battle to avoid the wooden spoon.

Frustrations spilled over when a reluctant Andrew Hoole was subbed just after the hour, and received an on camera bollocking from assistant coach Andrew Zane.

Jones also gave Hoole a spray immediately after the match telling Fox Sports:  “Andrew’s got to do what he’s told like every other f…king player in the team.”

Hoffman gutted: We wanted to give fans hope

The coach said the team, which hasn't won a match since the end of January, was on track for one of its best season finishes when it all went belly up.

“Like I said, 22 rounds in the season we're possibly in the best performance we’ve had in six years. And Round 25 I can’t coach? I’m not going to wear that.

“The emotional response can be whatever it is. I’m not bothered by that.”

He added: “We could have finished in the top four this year if we had taken our opportunities. Okay it’s fallen away at the end but we had more than enough opportunities.” 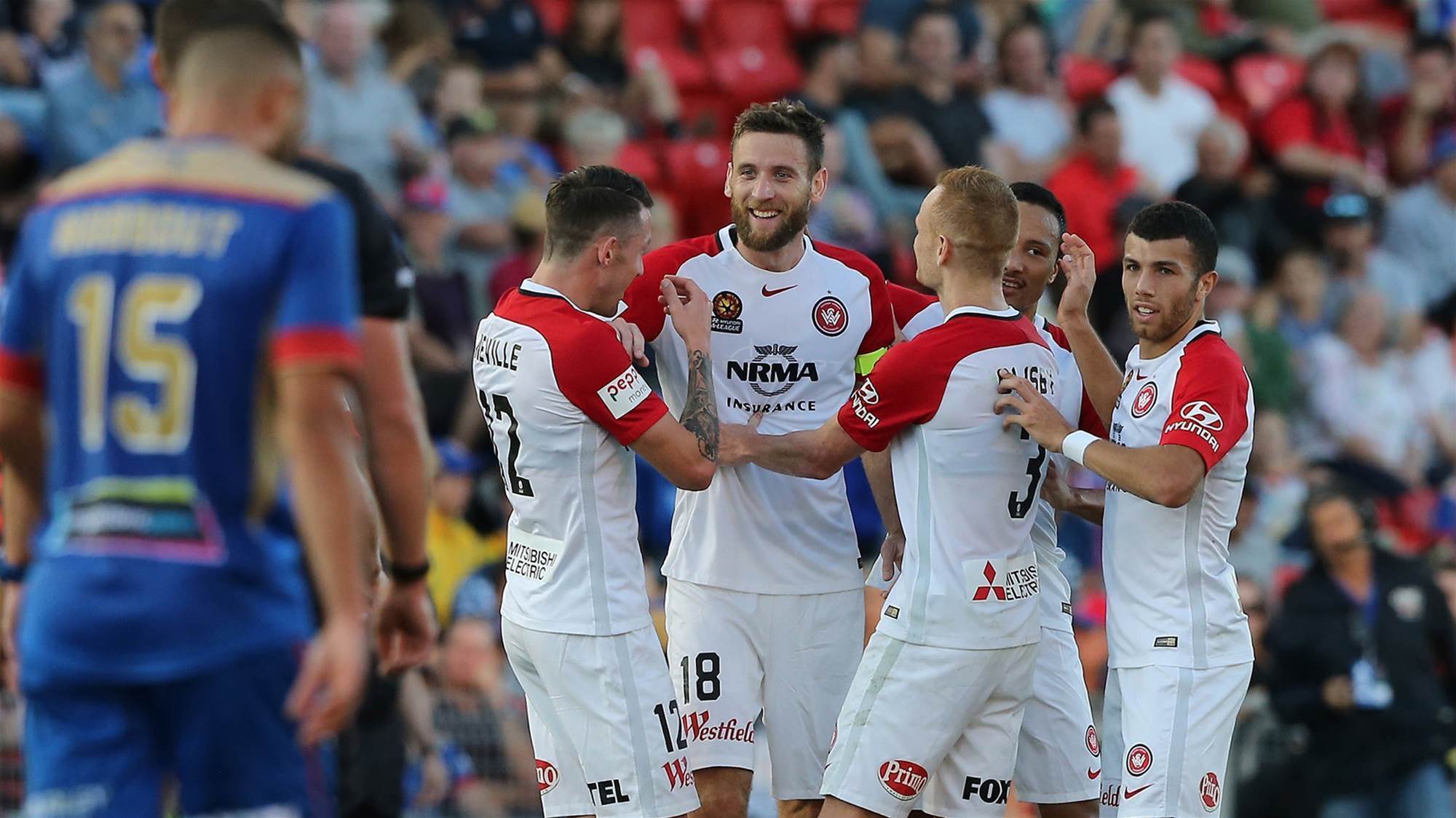 Jones pinpointed the 1-0 away loss to fellow strugglers Adelaide United in Round 20 as the turning point.

“We went to Adelaide in a glorious position to cement our spot in the six and jump up further on the table and we didn’t take it,” he said.

“It’s been the story of the year…They haven’t been ruthless in front of goals at key times we could have been comfortably in the six...we could be battling for the wooden spoon.”

The 8th-placed Jets have lost four games on the trot and conceded 15 goals in the process, including the three against Wanderers.

Western Sydney defender Robbie Cornthwaite scored with two headers in either half with Jaushua Sotirio also chipping in with a goal.

A frustrated Jones said post-match: “For 40 minutes it didn’t look like anything but us scoring, taking control of the game or taking the lead… next second you turn around you’re going into half time and you’re two-nil down…

But he couldn’t fault his team’s desire.

“To be fair they came out copped another set piece early but they still from that point forward they kept it together, played, and again had multiple chances,” he said.

“It’s frustrating when they don’t go in. It’s been consistently like that all year. We’ve scored a reasonable amount of goals this year but we could have had double.

"I can’t ask them to play any better than that. In terms of the football and tactics I don’t think there’s anything wrong we just, again, (made) some individual mistakes.

“It’s been the story of the year probably. We had a look at the stats and at least 75%, perhaps more now, has been individual errors that cost us goals.

"We had the opportunity to make the six at 22 weeks and around week 25 the wheels have fallen off."