Newcastle coach Carl Robinson's return to Australia ahead of the A-League resumption has been confirmed, but star import Wes Hoolahan won't be back this season.

Newcastle Jets coach Carl Robinson is poised to return to Australia ahead of the A-League's return next month.

The Welshman flew to Canada when the competition was suspended in late March due to the COVID-19 crisis.

On Friday the Jets confirmed Robinson as well as Scottish assistant Kenny Miller will be returning this week and completing a two-week mandatory quarantine period before linking up with the playing squad.

Another member of the coaching staff, Darren Bazeley, flew in from New Zealand on Tuesday and is already in quarantine in Sydney.

"With all the uncertainty that has been throughout this process, one thing has always remained and that is my desire to return to Newcastle for the project that I committed to in February," Robinson said.

Robinson's compatriot Joe Ledley is also set to be available for the A-League restart despite returning to the United Kingdom during the suspension period.

Irish marquee midfielder Wes Hoolahan won't be returning for the remainder of the 2019-20 season but the Jets say talks are "positive" regarding signing the veteran for the 2020-21 campaign.

The ninth-placed Jets have three regular season matches remaining and still have an outside chance of sneaking into the finals as they sit three points outside the top six. 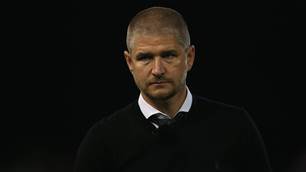