Injured Newcastle Jets captain Nigel Boogaard has reflected on the axing of coach Ernie Merrick as the team prepares to take on A-League leaders Sydney FC.

Newcastle Jets captain Nigel Boogaard has played just three games this A-League season and says it's been the toughest period of his career not to be able to contribute on the pitch.

Following the axing of head coach Ernie Merrick earlier this week, the Jets have been reeling from the shock while preparing for Friday night's match with A-League leaders Sydney FC at McDonald Jones Stadium.

Merrick's sacking was the consequence of a difficult month for the Jets, who have leaked 17 goals in five games to find themselves at the bottom of the ladder.

"This is probably the hardest thing I've had to deal with in terms of not being able to contribute on the park," Boogaard said, confirming he won't return this week from an adductor injury.

"Not only on the pitch in games but at training as well. For me, my role and responsibility is to help out there in any way I can and I feel I could have done a bit more had I been out there."

Merrick led the Jets to the A-League grand final in the 2017/18 season, and Boogaard said the players need to take responsibility for his axing.

"As a playing group you feel responsible when a coach goes partly because you feel like you've let them down and we all know what a good guy and a good coach Ernie is," he said.

Caretaker coach Craig Deans now faces the difficult task of taking on the A-League juggernauts Sydney FC while the shock of Merrick's departure is still fresh.

"We don't know exactly what (Dean is) going to do with the team if he's going to change it structurally or change personnel," he said.

"It's something that we need to be a little bit flexible with and maybe deal with on the day, but we'll prepare as normal as to what we would expect and if we have to change we'll change on Friday night."

In good news for Sydney FC, Serbian midfielder Milos Ninkovic is expected to make his return to the pitch.

* The Newcastle Jets are undefeated in their last three A-League games against Sydney FC at McDonald Jones Stadium (two wins, one draw), conceding just two goals in that period.

*The Newcastle Jets have conceded four or more goals in three of their last four A-League games, as many times as they had done so in their 66 games prior.

*Adam Le Fondre (Sydney FC) has scored 10 first-half goals this A-League season, the most of any player. However, he's bagged only two second-half goals in the same period. 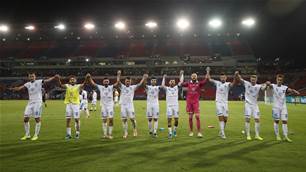 Sydney-Jets game to go ahead amid smoke fears