The former New Zealand international believes he can no longer train at the standard necessary of a professional and will end a career that started in the NSL with Sydney Olympic in 2003.

"I've made this decision early and informed the club so they have enough time to plan for next season, and I'll do everything I can to help Lewis Italiano and Noah James show they are deserving of contracts," Moss said.

"I'm extremely proud of the career I've had in football across nearly 20 years, and there's no place I'd rather finish than here in Newcastle."

Moss has made 249 A-League appearances for five different clubs during his career and also made 22 appearances for the All Whites including helping to secure the nation's first point in a senior FIFA tournament with a 0-0 draw against Iraq at the 2009 Confederations Cup in South Africa.

A four-match ban for swearing at an official at the end of the 2010 World Cup qualifiers allowed Mark Paston to become the hero as the All Whites secured a spot in their second World Cup finals via a play-off against Bahrain.

Despite being a part of the 23-man squad at the 2010 World Cup, Moss didn't play as Paston started all three matches at the tournament.

Moss indicated he will look at a coaching role after his playing career comes to an end.

He added: "I have a real passion for coaching and I'm excited at the opportunity to pass on my knowledge." 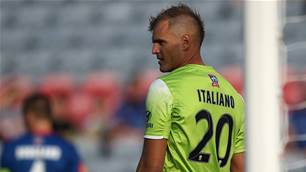 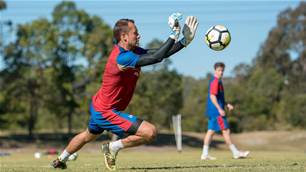