EXCLUSIVE: Melbourne Victory can confirm their place in the W-League finals against Adelaide United while their classy English striker Jodie Taylor has even more motivation in this weekend’s final round.

And with Heyman and her team having a bye this weekend, she can only watch on and hope Taylor doesn’t have a field day against Adelaide.

But with the Lady Reds conceding 26 goals this season – including four in their last match against Victory and five last week in Canberra – Taylor might fancy her chances of catching the 23-year-old would-be Golden Boot.

Whatever the outcome, a point for Victory, who had the bye last weekend, will ensure a second consecutive finals finish.

It will be an intriguing final day of the regular season with the Jets hot on Victory’s heels for that elusive fourth spot.

After making her name with Birmingham City in the English League , 25-year-old Taylor spent much of her career in the strong US collegiate system.

The Liverpool-born player also played for Ottawa in the Canadian W-League, a team that featured two Brisbane Roar players.

It was the catalyst for her move Down-Under. The Liverpool fan could’ve played for the Roar but sensed Victoria was the place to be.

But an Achilles injury hampered her first season’s progress in the W-League.

However Taylor has been reborn this season with her goals and all-round play a feature of Victory’s campaign.

And with a mix of talented Young Matildas including 16-year-old keeper Brianna Davey and some more experienced heads like Taylor, Victory could be a difficult side to beat if they make the finals .

“I’m feeling pretty good in myself. I was really limited last season but now it’s really nice to be back virtually fully fit,” Taylor told au.fourfourtwo.com.

“I’ve had good feedback that I’m looking fit and sharp. And the team’s buzzing. We had a successful squad last year and it’s virtually the same squad with a few additions.”

Taylor is set to head back overseas after this W-League season most likely back at Birmingham City.

“It’s a very young team but the younger players have developed well and this club is so professional,” she added.

In team news, Adelaide will miss Ashleigh Gunning through suspension while Katrina Gorry returns to the Victory squad.

In other news, Matildas World Cup star and Sydney FC striker Kyah Simon has signed a contract to play in the US women’s league with Boston Breakers. 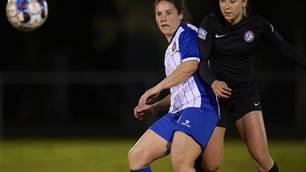 Aussie viral sensation on her ‘worldie' rabona in WA NPL 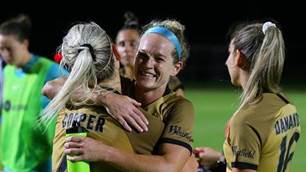