One of the realities faced at a junior level of football, regardless of where one plays around the world, is that some players will begin to transform from boy to man at a sooner stage than others. Though unfortunate for players that haven’t quite undergone it or are in the process of doing so, it in an of itself a fact of life for junior coaches; simply another factor to be taken into account.

For French head coach Jean-Claude Giuntini, the larger bodies of his young group simply served to supplement a highly-skilled, well-drilled and confident group of players who seized the initiative right from the off

The defensive-left flank of the Australian’s was, in particular, serving as a happy hunting ground for the French in the opening stages of the contest; Rennes’ Soppy and Marseilles’ Isaac Lihadji making life incredibly difficult for Australian left-back Izaack Powell.

In the middle of the park, highly rated PSG attacking midfielder Aouchiche functioned as attacking metronome for his side; making moves both with and without the ball to dictate tempo, open up space for his teammates and create goal-scoring opportunities. 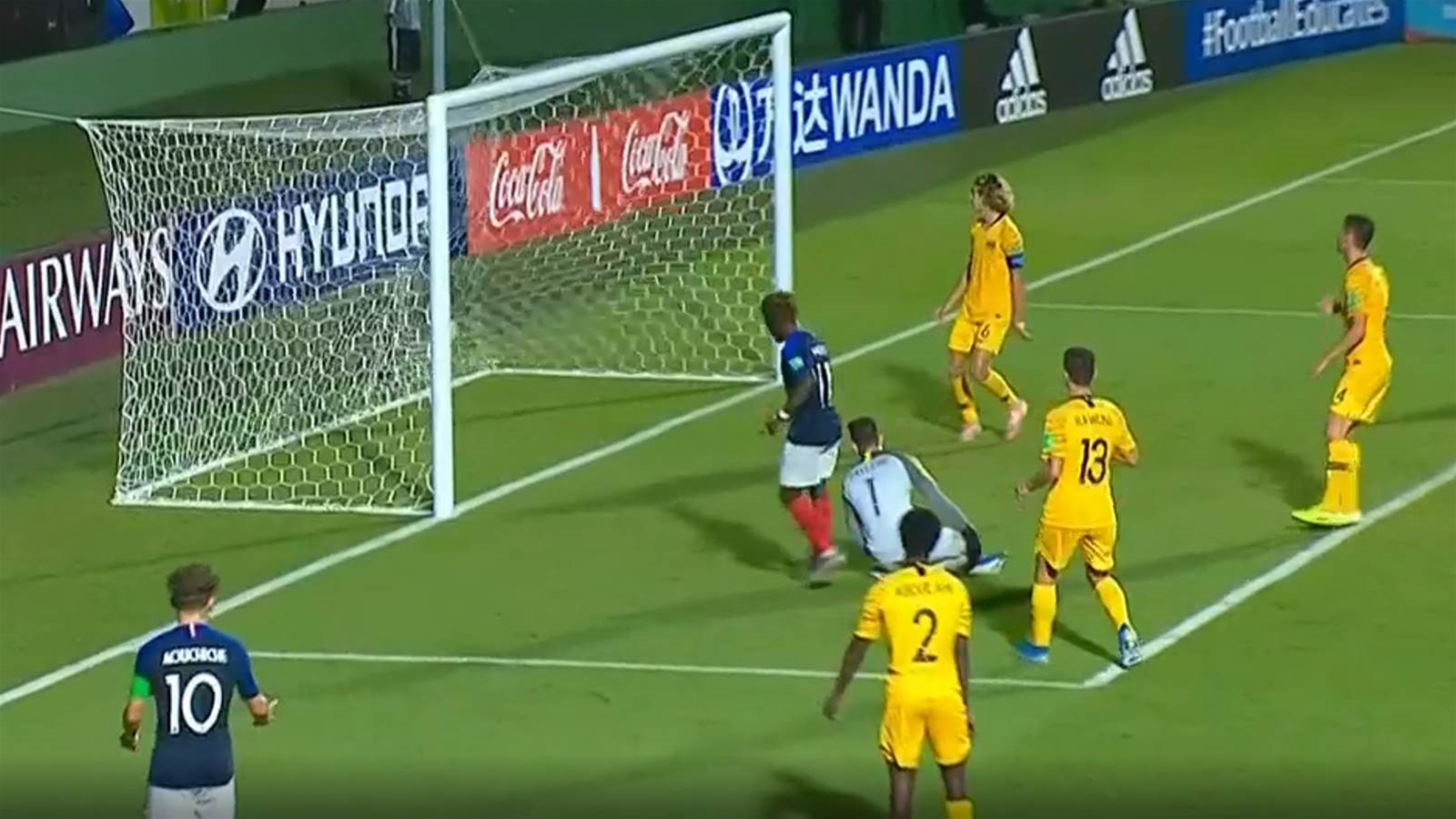 Nonetheless, despite their control of the early stages of the contest, ability to get balls down the flanks and ability to win set pieces near the penalty area – 189cm Inter midfielder Lucien Agoumé proving particularly threatening when getting on the end of balls into the area – the French found themselves unable to add to their early lead in the first half.

Cameron Peupion had Australia’s first shot in anger in the 13th minute of play when he stole the ball off Soppy and forced a save from Les Bluets keeper Melvin Zinga and Ali Auglah – making his starting debut in the wake of Tristan Hammond’s suspension – came within inches of making it 1-1 when he let loose with a side-footed long-range effort that threatened to dip under the crossbar before Zinga pawed it away. 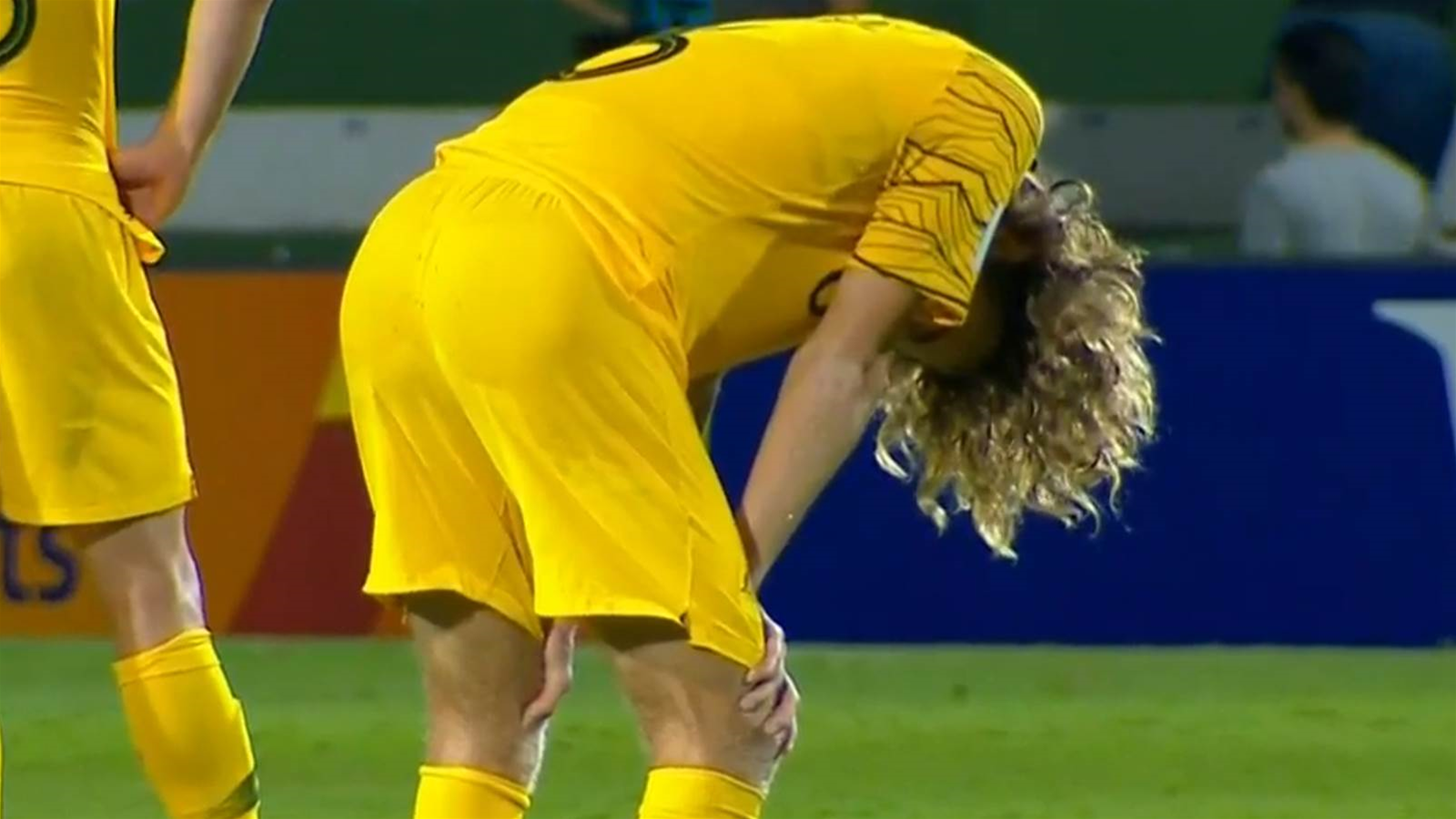 Things did go from bad to worse for Australia with Milinaric’s red card, but a lifeline was granted to the Australians in the 64th minute when a penalty won when by Soppy off the newly introduced Trent Ostler appeared set to ice the game, only to waved away by VAR after a handball was found in the build-up.

But, with a man-down already, Mbuku’s second seemed to put the writing on the wall for the Joeys; a lesson mercifully hammered home by France’s multiple late goals and several other disallowed ones.