Warren Joyce has appeared to affirm his transition of former Premier League fullback Ritchie de Laet to a more attacking role, saying a forward position is "natural for him".

But despite the Belgian appearing slightly uncomfortable at times, Joyce's faith was repaid when the 30-year-old scored the only goal of the match on the 55th minute.

"I know he's a fullback but his movements up front are quite natural for him, he's played there before and he can score goals," Joyce said.

"(Riley) McGree's come through though, he'll be available as well. So that's another plus."

After an injury-hit beginning to the season for Joyce, the majority of the City squad are returning to full fitness, which has coincided with a strong uptake in form and consistency.

Melbourne City now sit fourth, and despite no certainty over the ongoing Bruno Fornaroli saga with rumours abound of potential swap deals with other A-League clubs, young Aussie forward Lachy Wales is beginning to look more confident in the striker role as well.

"Dario (Vidosic) is still struggling and obviously (Harrison) Delbridge is suspended, but everybody else is alright," Joyce said.

"It's difficult, having him as a sub - he has to start and we'll manage him like that. We've got cover and other fullbacks." 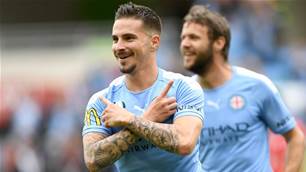 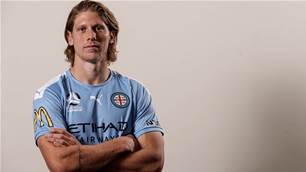