Melbourne City coach Warren Joyce says there is a possibility striker Ross McCormack could be leaving the club despite having a successful season so far.

McCormack was loaned to City from Championship side Aston Villa as an injury replacement for striker Bruno Fornaroli, before the start of this season.

The 31-year-old has become a fan favourite and is currently second in the golden boot race with 14 goals in 16 games.

Villa appear in no hurry to recall McCormack to their squad and are currently chasing promotion back into the Premier League.

City sit third on the table, taking on second-placed Newcastle Jets on Thursday night and Joyce did not have a definitive answer about McCormack’s future.

“It could possibly be (his last game on Thursday),” Joyce said on Wednesday.

“There are a lot of things that need to be discussed with Aston Villa, they’re his parent club and have got a major say in what happens to Ross. All those things have got to be discussed between the two clubs.

“I don’t honestly know. We’re just preparing for the game, we’re doing all we can behind the scenes. The talks are ongoing, we’re just concentrating on tomorrow night really and we’ll assess it after that.” 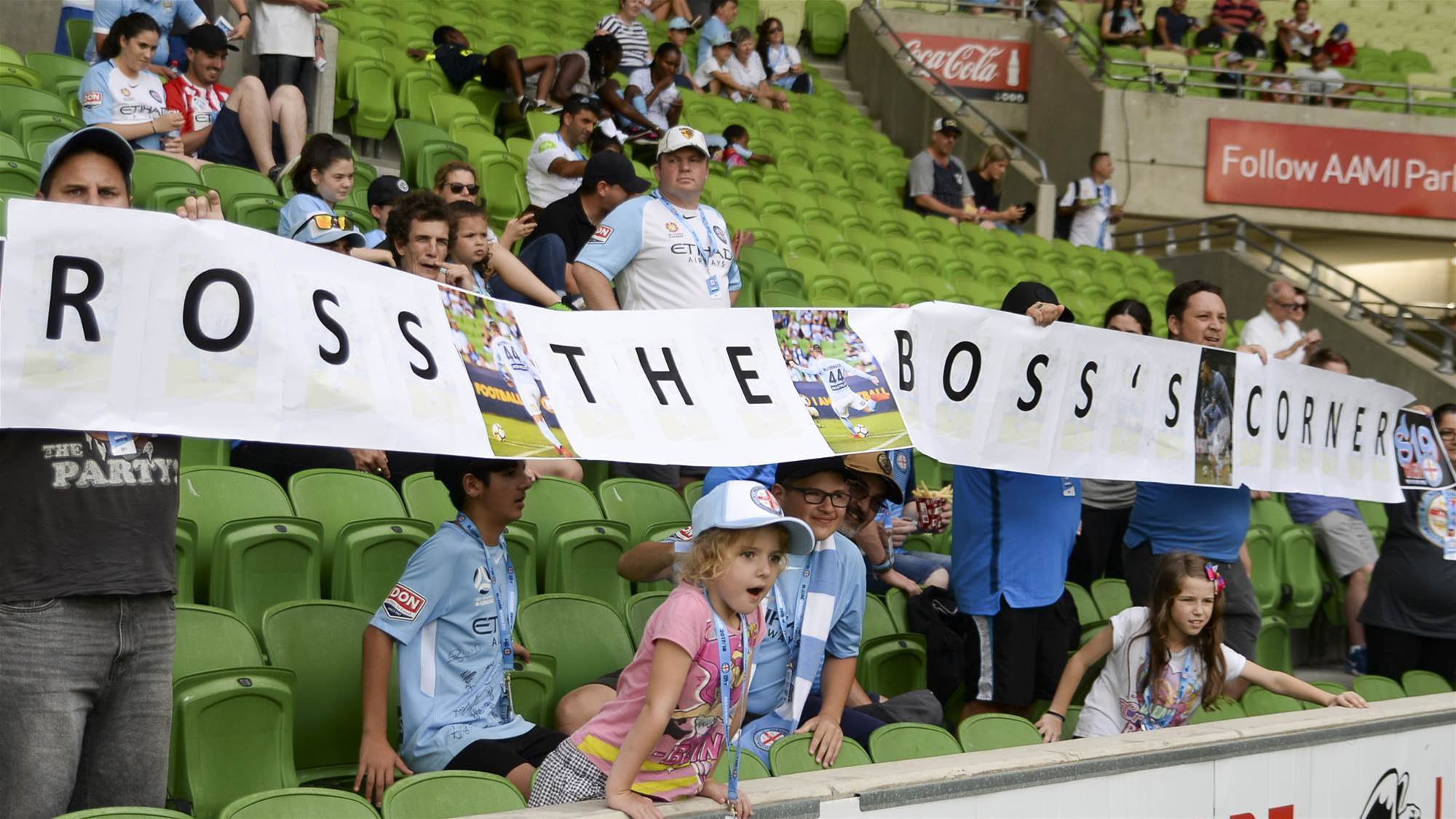 McCormack is a City fan favourite... By Sam Anfield

However, a move is unlikely due to FIFA’s ‘three club’ rule which states a player cannot play for more than two clubs in one season and McCormack featured in two games for Villa before joining City.

The rule makes the MLS move possible as their regular season commences in March.

Earlier this week, McCormack expressed his intentions to stay with City, but also admitted to missing his family in the UK.

And the City boss said he would be waiting for something categorical to happen before resorting to a plan B.

He was also unsure when Fornaroli would return from his ankle injury.

“Ross has made that clear for a while (he would want to stay) and he’s had different issues with wanting to see his children and things like that,” he said.

“We knew about that but we’ll just have to wait to see in the next few days.

“I think we’ll just look at that… at the minute we’re looking to get Ross at the club and we’ll do all we can to do that. If not then there’s still time left in the window.

“As it’s shown with the young lads who’ve stepped up, there are other young players who are desperate for a chance.”