After being dumped out of the A-League finals by Adelaide City, Melbourne City coach Warren Joyce isn’t giving anything away on whether he’ll extend his stay at the club.

Joyce’s side were 1-0 losers at Coopers Stadium on Sunday night, falling victim to a Ben Halloran goal in the final minute of extra time.

After the match, Joyce refused to outline whether he'd be in the dugout next season.

“I don’t think it’s the appropriate time to talk about that tonight,” he said. “It will come out in due course. I’m as raw and as disappointed as all the players."

City’s exit was more dramatic but just as tough to take as last year’s finals departure at the hands of Newcastle Jets in the semi-finals.

Then, as this season, City travelled away for a final against a club with a far smaller budget.

Then, as this season, City went into the match after having not lost to their opponents.

And then, as this season, City could see themselves as the better team on the night, but also losers on the night.

“We’re really low now and really disappointed. But that’s life and there’s a lot of worse things that happen in life."

The loss leaves City executives with a tough call on whether to offer the Englishman a new deal.

The club hierarchy has backed Joyce to implement a cultural revolution at the club, where hard work is valued above star power.

They’ve also blooded more youngsters than any other A-League club.

But they’re not winning.

City, the richest club in the competition thanks to its links to Manchester City, has never finished in the top three and realised its goal of qualifying for the Asian Champions League.

Last season they were close, finishing fourth and almost landing in the club’s first grand final.

This season they fell backwards, finishing fifth after their exit to Adelaide.

Joyce was irked by the suggestion this season has represented regression.

“If you want to say that’s regression from last season, look at progression in the football club,” he said. “It’s not something even I’m thinking about.

“I’m stubborn and I’ve got a bit of pride and I know different things have gone on this season but if you think we’ve regressed, write it. 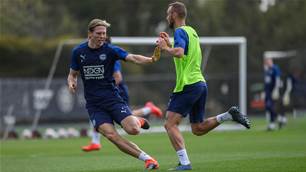 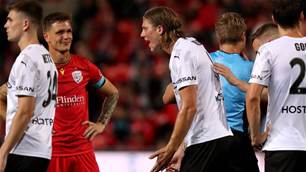 City coach lambasts 'it's always the same with Delbridge...' 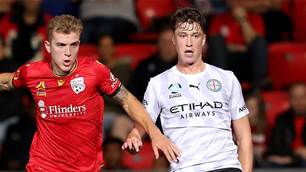