Matthew Jurman has taken out the K-League Newcomer of the Year award after an astonishing first season in the competition.

Some foreign players have trouble settling in their maiden season in Korea but not the Australian who has had an incredibly consistent season for Suwon Samsung Bluewings.

The fan-voted award tops a wonderful year for the 27-year-old who helped the Socceroos claim a place at the 2018 World Cup.

The 2017 #KLeague Newcomer of the Year Award goes to @bluewingsfc & @Socceroos defender @mjurman5 in a landslide vote!

Jurman was released from Sydney FC in January to join the K-League where he has made 25 appearances and scored two goals.

Jurman was first called up to the Socceroos side in August and made his international debut on October 5, 2017 against Syria.

He has since played four games for the Socceroos. 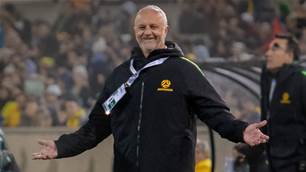