Goodwin was sent flying by the keeper after he missed the ball and took out the player instead.

He saw red instantly from the referee and today the FFA match review panel handed down a three match ban for the foul.

"The MRP determined that Young committed the offence of Serious foul play (e.g. when challenging for the ball)," said an FFA statement this evening.

Adelaide's Ken Ilso – who was sent off after just 10 minutes for a controversial tackle on Roar's Mat McKay - escaped with a one match ban from the MRP.

Young has until 2pm tomorrow to appeal the decision. 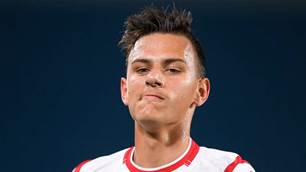