Victory signed Athiu after a stellar year with NPLV side Heidelberg United last season, but the striker has just two appearances off the bench in the A-League, coming in the Round 5 1-1 draw to Western Sydney Wanderers and the 2-1 home loss to Brisbane Roar last Friday.

The 25-year-old played his third game for Victory on Tuesday night in a 3-3 draw against South Korean outfit Ulsan Hyundai in the Asian Champions League (ACL).

Athiu came on in the 72nd minute for Berisha with many fans excited to see what he could bring to the team. With Berisha Victory’s main goal scorer since his arrival in 2014, Athiu said he would do no favours for the Kosovan.

“Bes and I are the two main strikers here, I’m here to provide some competition for him,” Athiu said post-match.

“Bes is the main striker at the moment and I respect that, but I’m here to apply the pressure. When the gaffer gives me a chance to play, I’ll prove that I’m worthy of starting ahead of Bes, but that’s hard.

“I have to keep working and then hopefully it works out.

“I did have more than enough chances to score against Ulsan, but I feel with more sharpness and game time, I’ll start putting those chances away in the future.

“Being here is a massive deal for me, I’m enjoying every moment of it and that’s the way I’m looking at it. Looking back, all the work I’ve been putting in the last couple of years is starting to work out for me, so I’m really happy with that.”

Athiu admitted after making his A-League debut that the fans put him off and the nerves got the better of him before running onto the field. 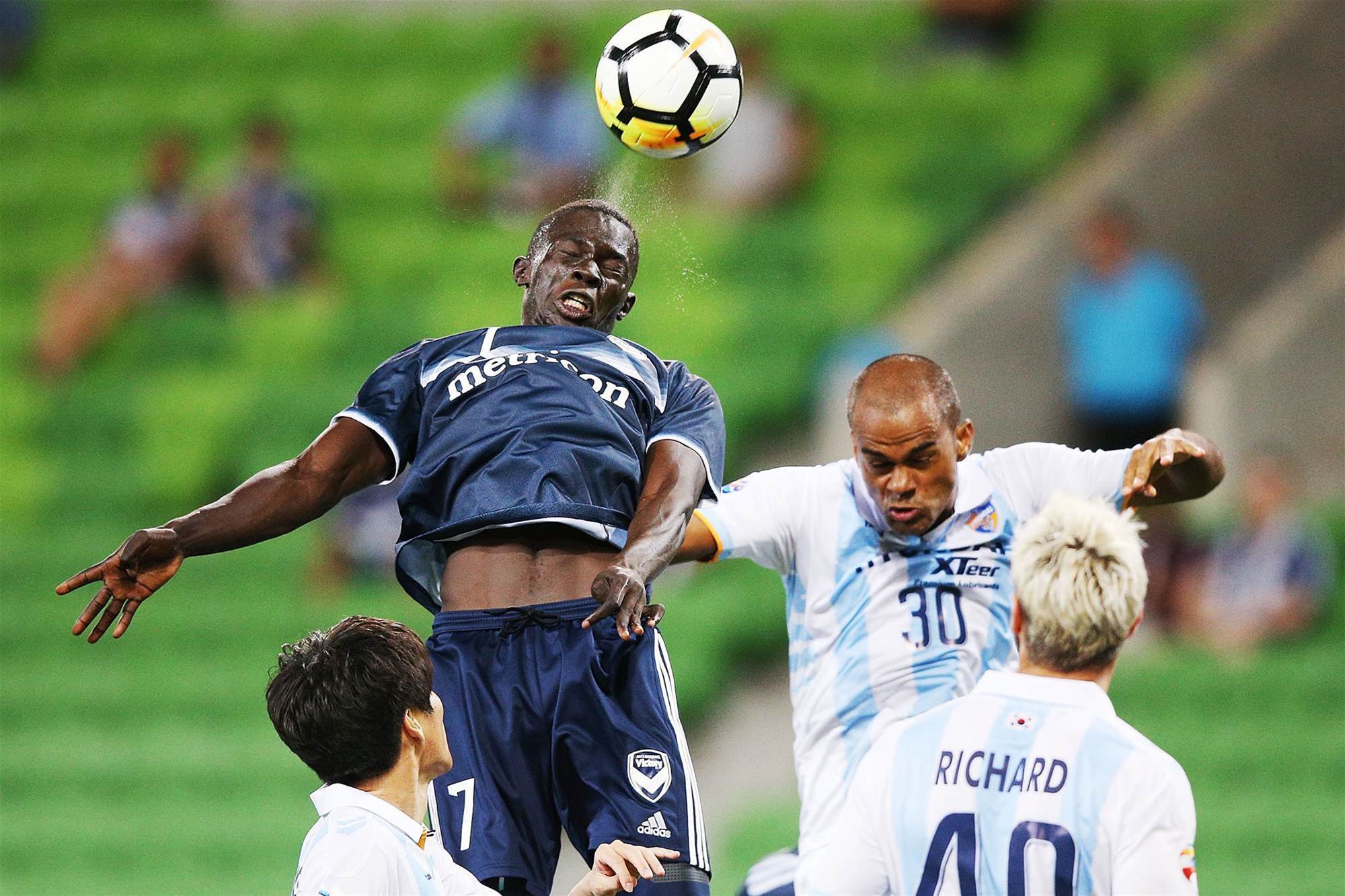 Athiu battles for a header against Ulsan Hyundai's Junior

However the South-Sudanese forward said he was starting to get accustomed to the situation.

“You obviously still get the goosebumps, but you do get used to it,” he said.

“As exciting as it is, you have to control yourself and do your job. It’s getting easier and easier to control myself, but I do get excited coming on when everyone’s screaming my name.

“I don’t know about being nervy, it’s about being more when you come on, the tempo is high and everything’s going so fast, so you just try to control your nerves and settle yourself, but it’s always tough.”

Athiu admitted he would find it easier mentally to be in the starting XI, but coach Kevin Muscat gave no immediate indication as to whether he would start him in next Tuesday’s ACL away clash to Shanghai SIPG.

However, the Victory boss praised Athiu for his performance against Ulsan.

“He did very well when he came on,” Muscat said. “He worked ever so hard, he posed a different question, caused different problems for the opposition and got himself into some good areas.

“At that point, Bes has put in an amazing effort for the group, we brought Kenny on to continue those efforts and he should be very happy with his contribution.” 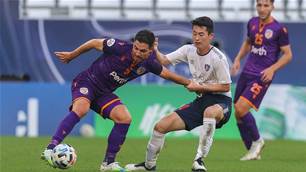