The Sydney Swans have copped the fury of more than just sokkahtwitter after comparing Ronaldo's bicycle-kick to Luke Parker's Round 1 goal.

Ronaldo's over-head goal against Juventus in Real Madrid's UEFA Champions League quarterfinal has been praised as one of the best goals in the competitions history.

Parker's goal in Round 1 was also good. Such was the point Sydney attempted to make by tweeting a comparison to the two sportsmen.

Ronaldo last night kicked what is being called 'one of the greatest goals in Champions League'.....

We may have seen it a few weeks ago.... 😉 #ProudlySydney pic.twitter.com/LJGzrqQ4R3

It was probably never going to fly with the die-hard sokkahtwitter audience, but Trent Sainsbury and Sam Kerr were quick to jump on the bandwagon. 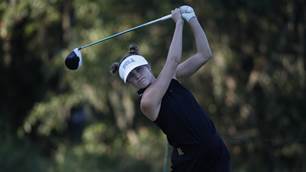