Australia's best footballers have been recognised at a gala event which unveiled the 2017 Professional Footballers Australia (PFA) Players' Award winners.

Hosted in Newcastle ahead of the Matildas clash with Brazil, the night also saw the outstanding achievements of the next generation of PFA members honoured.

Salisbury said she was delighted to receive the Alex Tobin Medal joining the likes of Craig Johnston, Johnny Warren and Mark Viduka as a recipient of the players' highest honour.

“I’m very proud to be the first female to win the award and to receive it in my home town with my family and friends with me was a privilege," Salisbury said.

“After having been out of the sport for close to 10 years to be recognised by the current generation is a phenomenal thing.”

Voted by all of the PFA's female members, Sam Kerr's scintillating form for club and country sees her win her second PFA Women's Footballer of the Year award, having first won the award in 2013.

"I have been fortunate to enjoy so many great experiences with the Matildas and with my clubs over the past 12 months and this just tops it off. 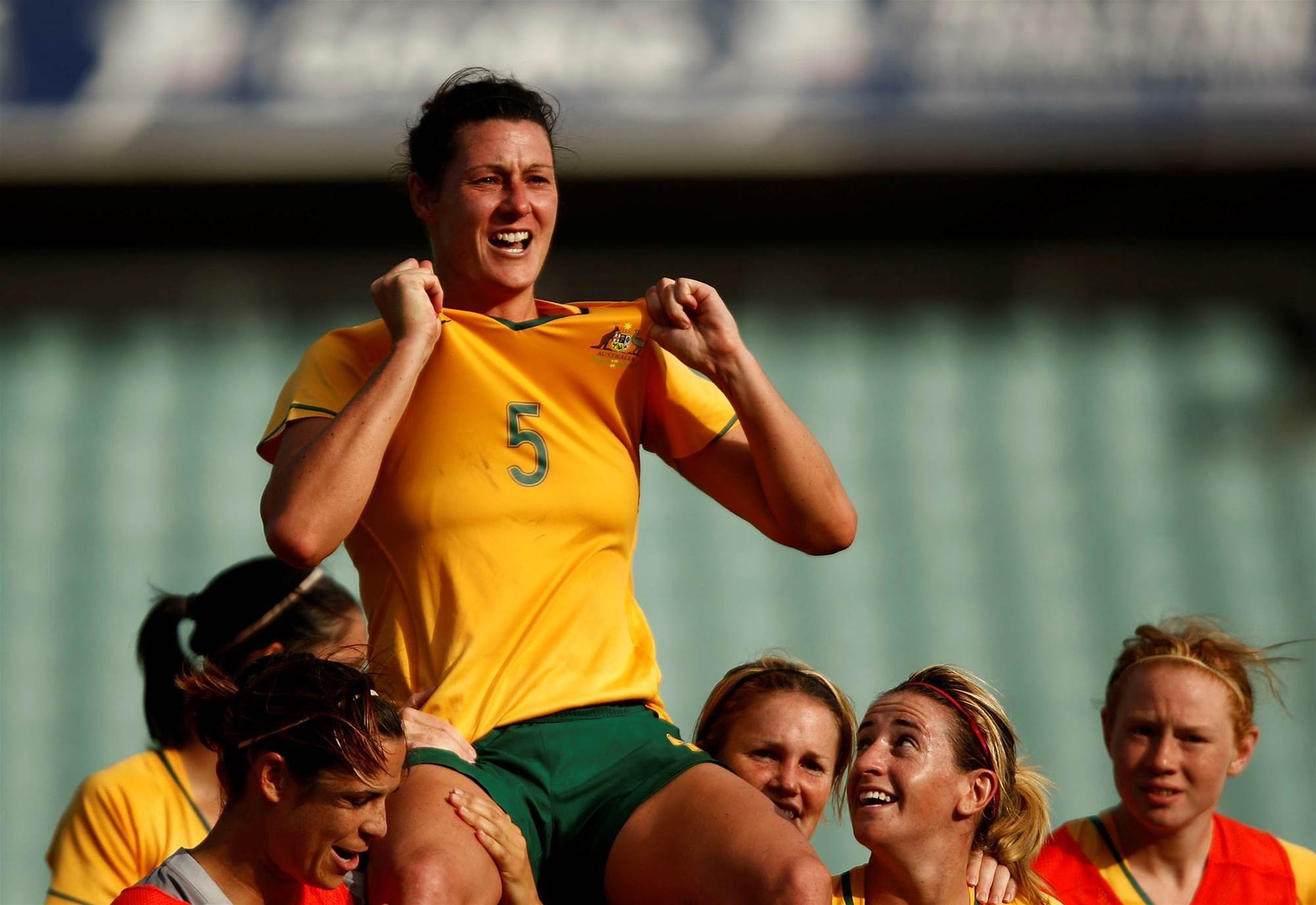 “The respect of your peers means so much and I’m very thankful to my teammates and everyone that voted for me.”

Mooy becomes the first player to be named as the PFA Men’s Footballer of the Year twice, after winning the winning the award in 2016.

“To become the first player to win the award twice is extremely humbling,” Mooy said.

“These awards are extra special to players because they are voted by your peers.

Recognising the nation’s most outstanding under 21 female footballer, Alex Chidiac  said she was delighted to claim the first PFA Young Women’s Footballer of the Year award.

“To win an award voted by the people you play with and against is something all players value very highly,” she said.

Alex Gersbach took out the PFA Harry Kewell Medal for an under 23 footballer playing in the A-League or an Australian based overseas.

“To join the likes of Mat Ryan and Robbie Kruse as a PFA Harry Kewell Medallist is a huge honour and one I’m very proud of,” Gersbach said.

For the first time the PFA paid tribute to players doing work in the community through the establishment of the PFA Community Medal won by Western Sydney Wanderers captain and PFA delegate Robbie Cornthwaite for his charity work with Beards of Hope.

“Beards of Hope provides invaluable Pregnancy and Infant Loss support,” said Cornthwaite.  “The reason I wanted to help raise money is so that men in my situation have somewhere to turn if they need to.”