Harry Kewell-coached Oldham Athletic have sunk to the bottom of League Two after registering their fourth defeat from their first five games.

Struggling Oldham have yet to win a league game this season after suffering a 3-2 defeat to Morecambe.

The Latics are now 24th after one draw and four losses.

Kewell’s side have managed EFL Trophy wins over Wolves Under-21s and Doncaster.

Some frustrated fans have called for the Australian’s sacking.

Harry Kewell, though in an dire situation, is an atrocious manager and he can get fucked. No excuse for the style of football he plays. #oafc

Kewell was appointed by Oldham in August.

@HarryKewell you are undoubtedly the worst #oafc manager in my lifetime...... and we’ve had some dross #kewellout

He is the Latics’ seventh manager since 2018. 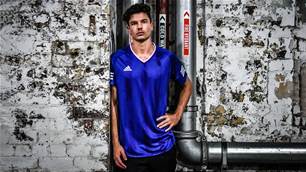