Newcastle United manager Alan Pardew has revealed Steven Taylor and Yohan Cabaye will be out of action until February.

Pardew's side have had to deal with a host of injuries this season, with Taylor damaging his hamstring in their 2-0 loss to Southampton on Sunday, while ex-Lille man Cabaye will be forced to undergo a second operation on a groin problem.

Pardew confirmed the extent of Taylor's injury is worse than initially feared, telling reporters: "It probably is. It's about six to eight weeks, we think, so it's another blow. We are in a run of bad luck for us.

"He's an important player and we hope for a speedy recovery. He's cursing his luck a little bit, but unfortunately for Steven, his record is that he does pick up injuries.

"Maybe the fact that we have had to call upon him more than perhaps we would like with the injuries and Colo's (Fabricio Coloccini's) suspension has probably compounded the issue."

Speaking of Cabaye's progress, Pardew said: "He's had one side of his groin done and that caused a potential weakness in the other side, so that needs to be done. That will be done, I think, today or tomorrow and he will probably be out for eight weeks.

"We are probably looking at February 1 for both he and Steven, so we might as well get the bad news out of the way, because that's what it is, and just focus on what is important, and that's what we have got left." 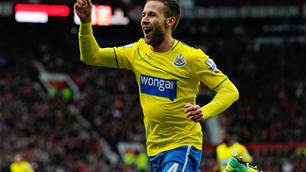 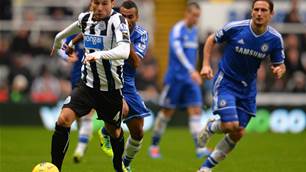 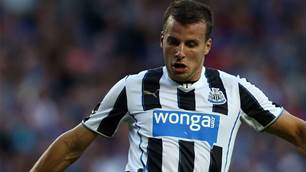