Richard Keys has quit as Sky's football anchorman after claiming that "dark forces" were at work in the sexism scandal that had already cost fellow presenter Andy Gray his job.

Keys today apologised for making the disparaging remarks about female assistant referee Sian Massey but insisted he was prevented from making his apology public. He described the remarks as "lads mag banter".

Keys said in a statement released by Sky Sports: "I am deeply sorry for my remarks and the offence they have caused; it was wrong and should not have happened. I have thought long and hard and reached the decision that it is time to move on.

"Going forward without Andy would have been almost impossible.

"I am and will remain proud of our work with football at Sky Sports and grateful to the many people who have worked with me. I wish Sky Sports continued success in the future."

Barney Francis, managing director of Sky Sports, said: "It is disappointing that Richard's career at Sky should end in these circumstances. However, Richard recognises that his comments at the weekend were unacceptable and we note that he has made a full and public apology. We thank him for his time in helping make Sky Sports the success it is today."

Keys had earlier suggested some within Sky Sports have been working against him. Two damaging video clips apparently obtained internally have been posted on the internet this week.

Keys told talkSPORT: "There are some dark forces at work here.

"I rang Sian on Sunday an apologised. I realised how deeply wrong we were. Having done that I asked 'could we make people aware that of that fact we had a conversation and that both parties felt it was right to move on'. I was told 'no'.

"Then 24 hours had past by which time the world had gone mad.

"I don't know why I was told 'no' and stopped from telling people what I had done."

Gray was sacked yesterday after a video clip showed him making inappropriate remarks to another presenter, Charlotte Jackson.

Keys suggested that his and Gray's high profile may have led to the pair making enemies.

"With success comes envy," he added. "The clips you have seen are fairly selective. They have targeted two individuals.

"There is a row going on over phone tapping at the moment. What's the difference? If off-air conversations were made public then there would be no one left working in the country."

Keys said he had also tried to ring West Ham vice-chairman Karren Brady to apologise for sexist remarks he made about her but she had not returned his call.

He said: "I tried to ring her twice to say sorry and she didn't take my call, I don't know why.

"She knows what a mess they made trying to appoint Martin O'Neill, she was getting it in the neck and she claimed that was she was because she's a woman, she played that card, rightly or wrongly.

"My view was 'oh come on do me a favour' but it was a view which I held which did not come out in a manner that was acceptable. It was wrong again."

The latest video clip to come to light was of Keys making derogatory remarks about a former girlfriend of Jamie Redknapp, and he admitted the comments had been "shocking, horrible, out of order, old-fashioned, behavioural problems that need to be attended to".

Gray today said he had intended to publicly apologise on Monday night.

He said in a statement: "I am very sorry that certain comments made by me have caused offence. Such comments were made off air to work colleagues, and were of course never intende

"d to be broadcast. I was very upset when the comments were brought to my attention, and it was my intention to apologise on Monday night when I was back on air for the Bolton v Chelsea game.

"Sadly I was unable to do so as I was suspended from the show by Sky Sports and have now been sacked.

"Football is my life and I am devastated by losing the job that I love. I am equally upset that third parties have been dragged into this issue."

Lord Herman Ouseley, Chair of football's equality and inclusion campaign Kick It Out, said it was important that the issues raised over the past few days are not forgotten with the departures of Gray and Keys.

"This has brought to a conclusion an unfortunate but revealing series of events," said Lord Ouseley.

"We hope this will allow moves forward to a more positive era where treating people with dignity and respect is at the forefront.

"It is important, however, that the debate is is kept alive on this and how we ensure humour or banter doesn't descend into offending people.

"This was clearly a situation where this line was crossed with behaviour which was unacceptable."

Karren Brady, West Ham's vice-chairman, tonight said Keys had "added insult to injury" by his comments about her this afternoon and that his views were "dinosaur".

Brady said: "Perhaps Richard thought I was too busy making the tea and washing up to take his call but a cursory glance at the weekend's newspapers or television would have made him well aware that I was heavily occupied with the West Ham and Newham Council Olympic Stadium bid.

"West Ham's future in the Olympic Stadium is of far more significance to me than his future.

"It is most unfortunate that he has chosen to add insult to injury today by suggesting that this incident has done me a favour by getting West Ham out of the press, as after all I did not ask to be part of his sexist tirade. 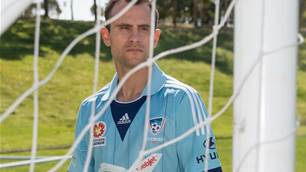 Garcia ruled out of Sydney derby 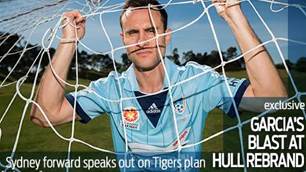 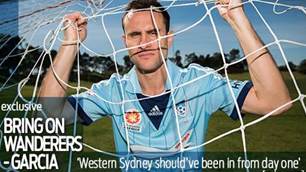 Garcia: Bring on the Wanderers!