The resumption of the current A-League season is set for July, August with a handful of rounds and a finals series set to be completed behind closed doors.

However, Fox Sports agreeing to broadcast the A-League in what will be a hub format in NSW remains the question for now and into the future.
Adding to the situation, last night, (May 31) existing A-League contracts expired for the 2019/20 A-League season. 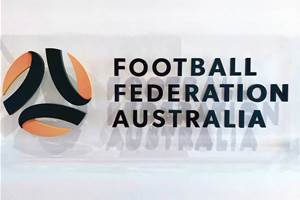 Dates and venues remain unknown but FFA chief executive James Johnson has revealed the A-League's isolation hub will be based in NSW.

Herbert, the Kiwi coach who guided Wellington Phoenix to its first A-League finals series and New Zealand to an unbeaten 2010 World Cup campaign, remains in touch with the A-League through his many contacts in the game.

With uncertainty surrounding the A-League, Herbert says now is the time to assess growth options for the A-League.

"It is a great league,” Herbert tells FTBL.

"I feel that the A-League will continue to prosper post-COVID-19 pandemic and that the vision for the sport can be instrumental in continuing to provide Australia with a regular qualification at World Cups and to showcase the best of Australian talent to the world. 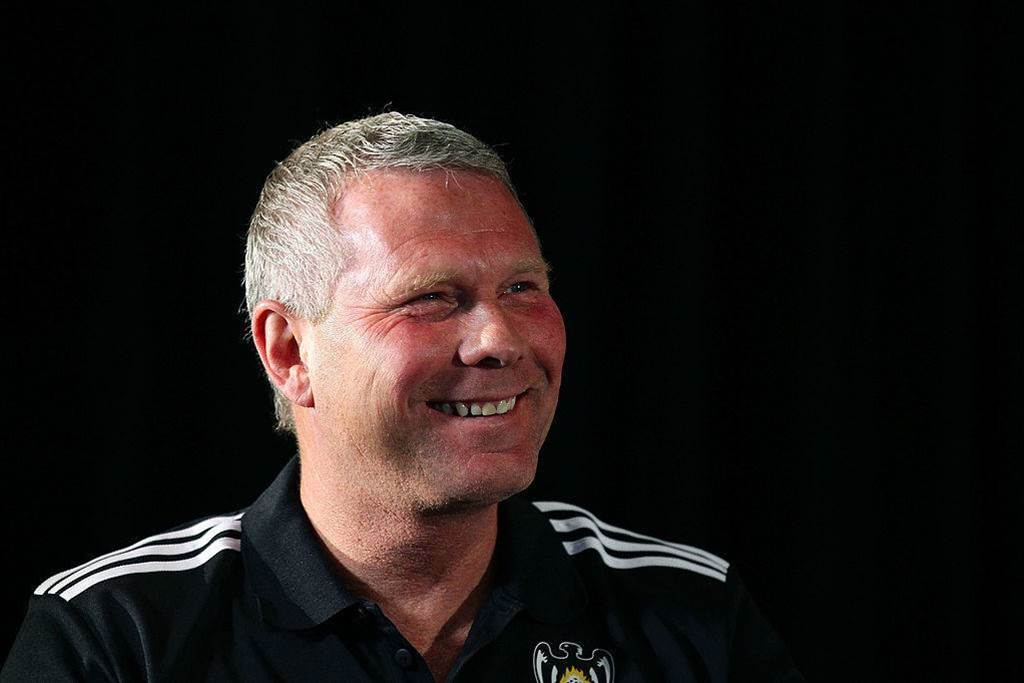 "Potential expansion of Australian franchises is certainly a strong possibility in the near future as it would allow for the depth and the growth of emerging and talented domestic players a strong platform to launch their professional careers and ambitions in the A-League."

Herbert is back coaching on the pitch in New Zealand thanks to living in a country that flattened the COVID curve relatively swiftly.

He’s running his own academy and working with local Kiwi clubs, including where son Kale Herbert coaches at Hamilton Wanderers.

It’s given Herbert time to reflect on an extraordinary career and plan his next professional move.

His career as a player took him to Wolves in England and the 1982 World Cup with New Zealand, their first.

This was followed by a stellar coaching career in the A-League at New Zealand club Phoenix as well as the All-Whites, who accounted for Bahrain famously in a 2009 InterContinental World Cup playoff to qualify for the World Cup for the first time in 27 years.

His UK coaching connection, he feels, paid off.

"Having completed my senior coach education courses abroad in England (UEFA ‘A' Licence, Pro Licence Diploma), this really provided me with a very strong platform of learning knowledge," Herbert says.

"And seeing some of the best up and coming coaches working in an educational environment, certainly gave the understanding and vision to create and develop my coaching views and philosophies for the next 10 years,” the Kiwi great says.

"I really felt confident that the direction I wanted to take became much clearer and allowed me to set out a plan for my coaching career not only as a national team coach but as a full-time coach working in a professional environment.

"The success against Bahrain in 2009 to qualify for the World Cup 2010 was also a watershed moment as it provided the success that the previous four years of planning and organizing was bought to a very successful conclusion.

"I had tested different methods and strategies prior to those playoff games, and continued to challenge myself, staff and players through different variations and situations so that when the final recipe needed to be delivered, I could truly feel the confidence in obtaining success," says the former A-League coach.

However, Herbert’s coaching zenith came in South Africa at the World Cup. 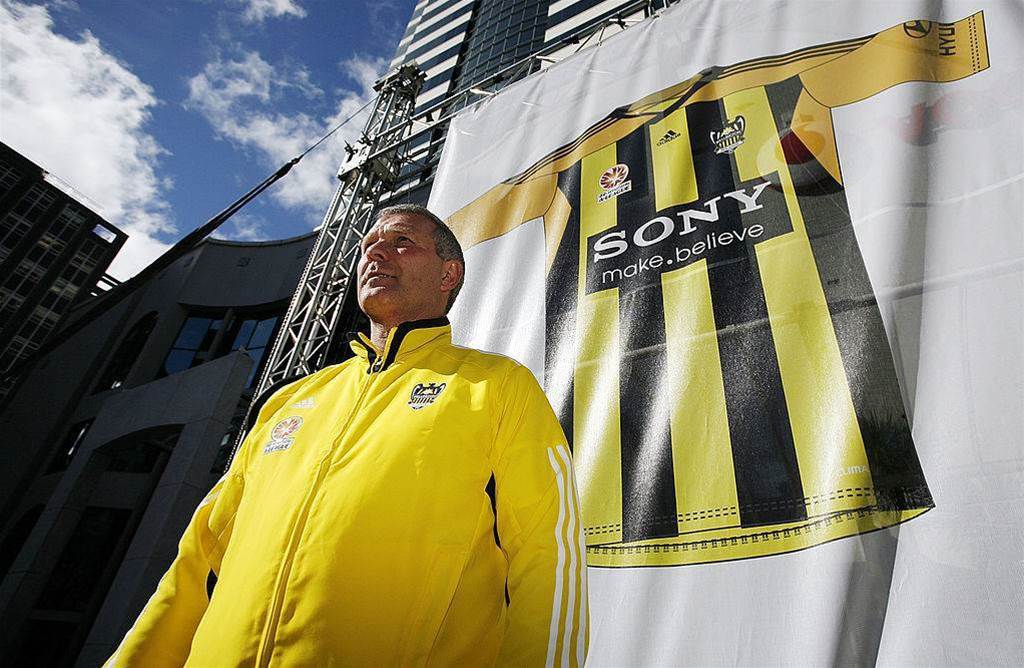 The Kiwi national team grabbed the attention of the world by going unbeaten in its group, drawing with Slovakia and Paraguay either side of a 1–1 draw against reigning world champions Italy.

Having faced the Azzurri a year earlier at the Confederations Cup 2009, Herbert hatched a plan around shoring up the Kiwi backline.

"We lost the game 4-3 after leading three times," he recalls.

"On reflection, I thought that if we could strengthen our backline for the World Cup a year later, then the balance of the side had so many positives to it.

"We managed to do that with Winston Reid, Ryan Nelsen, and Tommy Smith all who were absent from that game being integral players for the Italian game at the World Cup.

WATCH THE ITALY GAME'S HIGHLIGHTS FROM THE FIFA CHANNEL HERE

"I had a very good analysis team who I provided a scope of information on all our opponents that we needed prior to the World Cup.

"This analysis provided the framework to articulate a playing strategy against the Italian team that we could deliver in parts to the team across our training sessions, along with individual, group, and team presentations.”

Herbert’s New Zealand was lauded as being both physical, well organized, and dangerous up front, with Kiwi star Shane Smeltz enjoying a breakout tournament as the team's go-to striker. 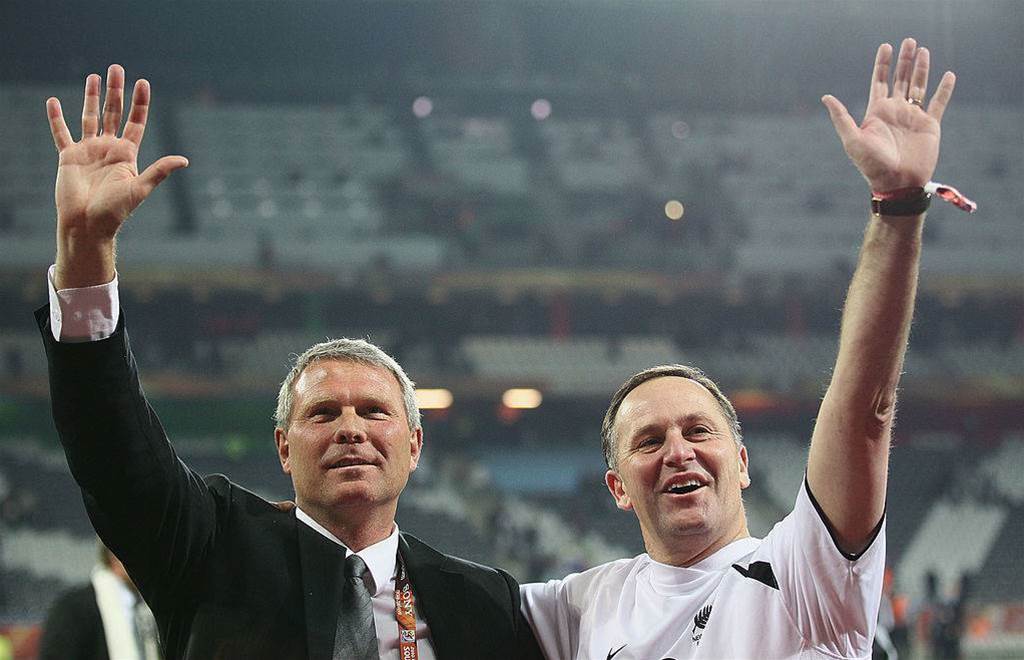 "I was always very strong on being conscious not to be too overwhelming on data and information on the opposition to the team and making sure that the delivery provided a strong part of personal confidence to my players.

“And it reflected that we had a very good team that was very organized and each individual knew his role and responsibility and that the opponents would need to focus on us as much as we needed to focus on them."

He notes: "A very calm influence for the days leading into the game was also important to keep the players relaxed."

And it’s a calm and reasoned strategy that’s needed now as the A-League tries to find a way forward beyond this truncated season.

He adds: "I truly feel the A-League is developing well.

"And whilst the momentum of the current A-League season has been put on hold, there has been the time to reflect on what it can or could be like moving forward over the next few years.”