Čavušević, 30, joined the Reds during the early stages of February and scored his first A-League goal which gave Adelaide five.

“I think Džengis is a different player to George (Blackwood). For us, he’s a very important player," said Kurz.

“Also, in the box, he’s a hard worker and he’s good in heading, he’s a different player. It’s good to know we have Džengis in our squad.”

Since arriving in South Australia, Kurz’s new man has played four games – and some may say that it’s his work around the box that sets him apart.

With just one goal from seven total shots to show for his attacking stats, it’s the passing and defensive work that catch the eye. 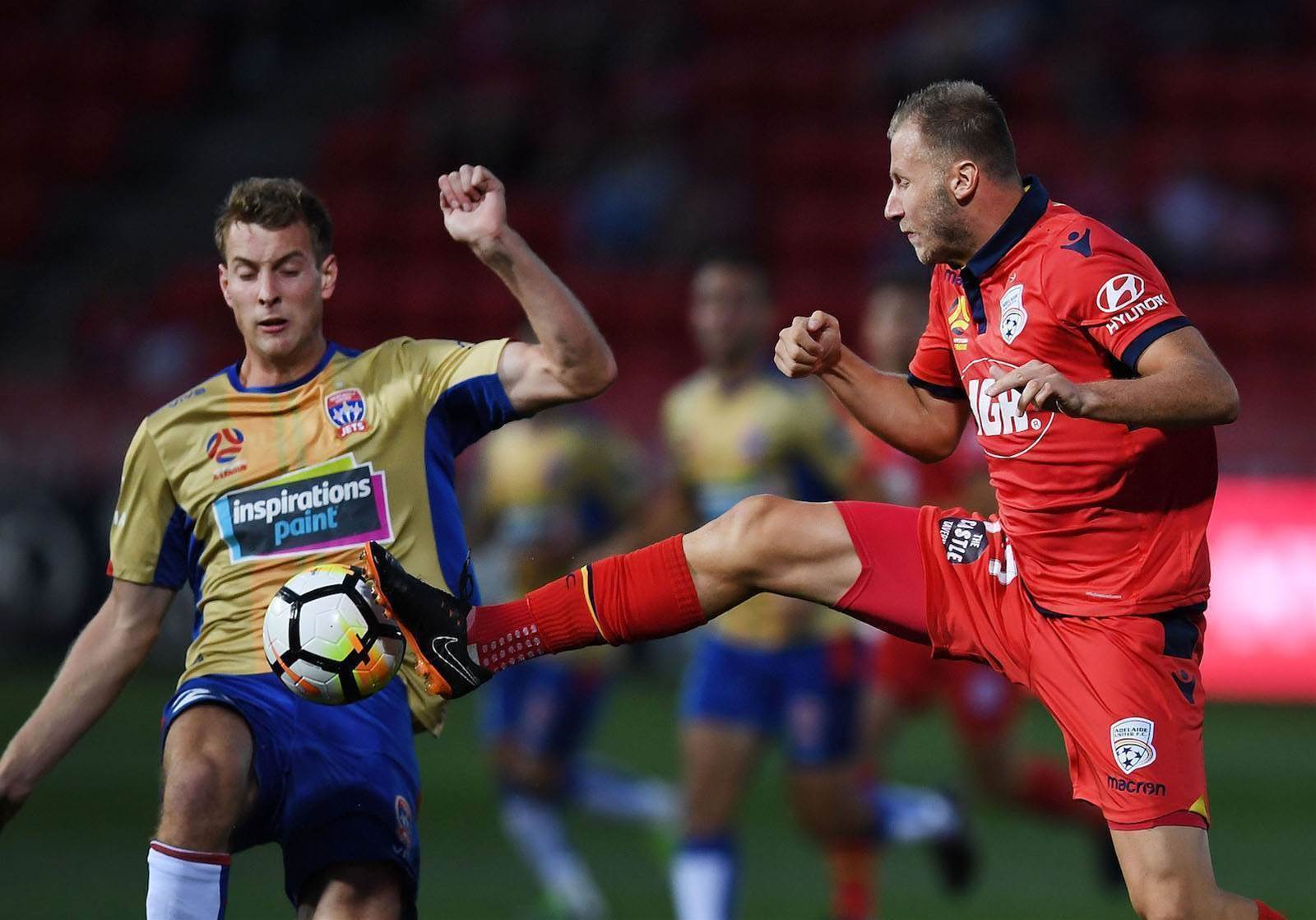 While official stats reveal nearly a third of his passes go backwards, those are almost all short balls around the opposition box, setting up his teammates to launch another attack on goal.

But he also doesn't shirk his defensive duties either, and has been involved in 45 duels for possession, leading the press from the front – and winning almost half those challenges.

His class, poise and striker’s instinct saw him let the ball run past him with a dummy that took Jet’s skipper Nikolai Topor-Stanley out, allowing Daniel Adlung to make it 1-0 for United.

His awareness of who’s around him is second to none, setting Ryan Kitto on a run to reinstate a two-goal buffer.

United went on to shock everyone, downing a high-flying Jets side 5-2.

But on Saturday, Čavušević fronted the media at United’s recovery session and recognised his classy linkup play is not just him, but his teammates too.

“It was okay yesterday, but I think it was not just me, it was the whole team,” he said.

With a wealth of experience in the Swiss Super League with St. Gallen and Zurich, Čavušević knows that the team can’t get ahead of themselves, especially being this close to the finals.

“We need to continue, it’s just one game, we need to forget," he said. "On Friday we have our next game, so we cannot sleep on this win, we need to get ready for Friday.”