Adelaide United coach Marco Kurz was again left frustrated after his side had to settle for another draw at home, this time to the Newcastle Jets.

The Reds were forced to come from behind to grab a share of the points after Ronald Vargas opened the scoring for the visitors with a tap-in from close-range.

United bounced back 10 minutes later with Michael Marrone’s pinpoint cross supplying the goods for Craig Goodwin to nod in his first goal of the new season.

Kurz was left to rue a lacklustre first half display, similar to the clash against Sydney last week.

But it was a late penalty appeal, ignored by referee Shaun Evans, which clearly got under the skin of the outspoken coach, who described the moment that left striker George Blackwood with a broken shoulder as a “car accident”. 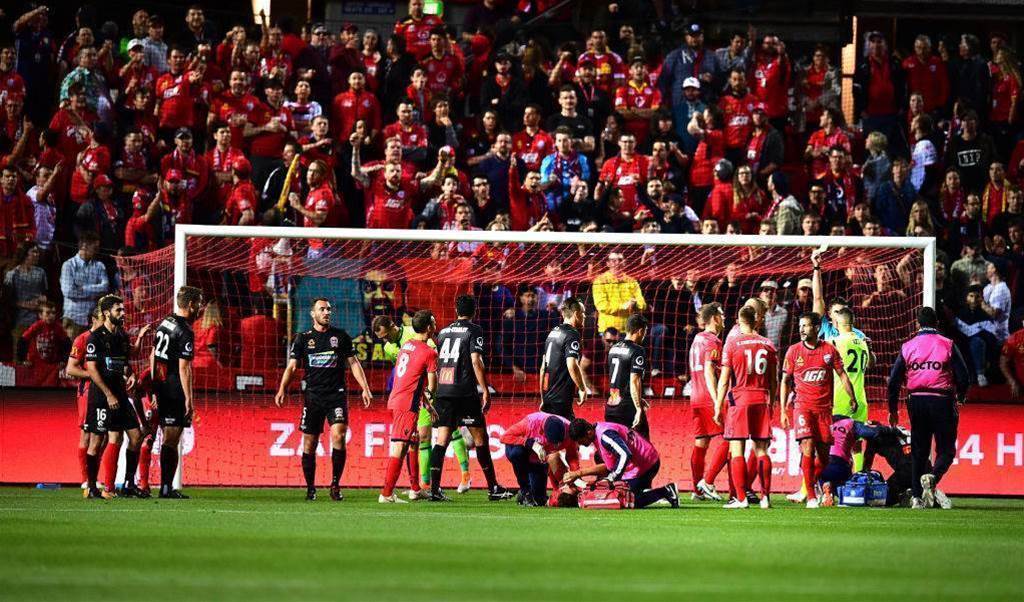 “In the first half we were not really comfortable to press high” the German said post-match.

“I think we sat back too much. We opened the gates for them and made it too easy for them to play.  It was not the game I expect in the first half.”

The 49-year-old was much happier with the second half display.

“In the second half we did it (defending) better but for the first goal we can clear the ball two times, it’s too easy.

“It’s too easy and the boys know this but we came back. We scored the equaliser and I think after the equaliser it was up and down with both teams fighting for the win.

“A draw is okay but we have big injuries and that’s maybe more important than the result.”

Adelaide could have stolen victory right at the end when a strong appeal for a penalty was turned away, despite Newcastle goalkeeper Glen Moss appearing to miss the ball as he went to punch out a cross, clattering instead into striker George Blackwood.

“I think it’s a car accident,” Kurz said. “But for me it’s not about whether it is a penalty or not because George has a broken shoulder.

“We have a technique with the VAR and the players ask the referee about the VAR. But the referee said that VAR told him it’s a fall from Blackwood. However he didn’t watch himself. Who’s the main referee, the VAR or the referee on the pitch? For me we have to clear this.

“He has time and he can have a look in the new age because we have the chance to find the correct decision. I will not discuss whether it is a penalty or not.”

Evans told Fox Sports the decision not to award a penalty was his.