La Liga Business School is run out of the La Liga HQ in Madrid.

The Spanish league, known for world-renowned brands such as Barcelona, Real Madrid and Atletico Madrid, has an international strategy of brand building.

And in this case with La Liga Business School sharing knowledge and expertise in sport management using industry professionals.

The school began partnering with Spanish Universities on MBA and Masters in Sports Management degrees, as well as Match Analysis, Sports Marketing, and Sports Law.

Now, La Liga Business School has partnerships across the globe with federations and professional leagues in Asia, Africa, and in the US, with Columbia University.

It’s understood the Business School is looking to partner with an Australian University and Australian sporting organizations in the future.

In particular, the school is eying the possibility of an A-League set of courses tailored to clubs’ needs in areas such as business, event management, and media and marketing.

Glen Rolls explains that professional clubs in Australia could up-skill staff by tapping into a European knowledge base. 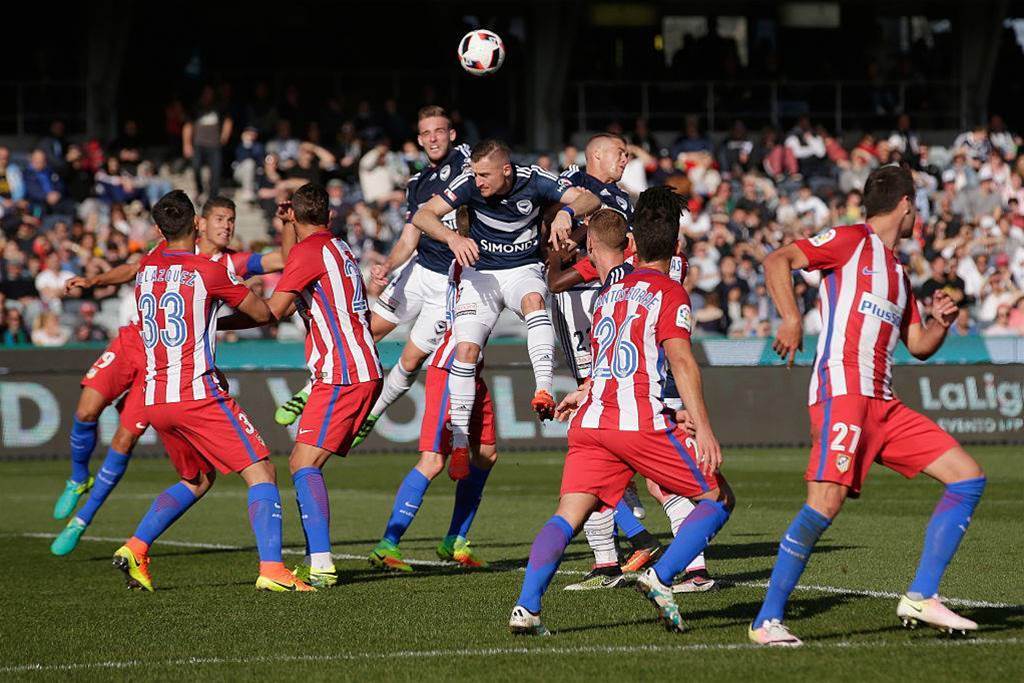 “The reason why we partner different local leagues around the world is to help up-skill professionals within the local professional clubs and leagues which in turn helps the local football and sports industry to grow," Rolls, who studied at the Real Madrid University program and heads La Liga’s brand and business development in this region, told FTBL.

"While we share our knowledge through the various professionals of LaLiga we are also able to learn and grow as an organization ourselves.

“I’m not sure if there is something similar in place for professionals in the sports industry here in Australia.

"But the idea of these courses is to give the chance for locals to learn from an overseas sports organization such as La Liga without having to relocate to Europe.

"So you’d open this up to A-League clubs, people from within the broader sports industry as well as people looking to get into the industry,” he added.​

It's a good point. Australians working at A-League clubs have often had to relocate to Europe for FIFA courses and sports administration degrees.

For example, media managers from Adelaide United (Marius Zanin) and the Mariners (Tyson Scott) just two examples of locals having to go to Europe to further their careers in sports management.

La Liga Business School is hoping to bridge that gap with short courses held locally. Given the length of off-seasons, this would be manageable for A-League clubs.

La Liga has marketed Spanish football in Australia with tours against A-League clubs.

Malaga CF toured Australia in 2014 to face Perth Glory and Adelaide United as part of the LFP World Club Challenge.

CLICK HERE FOR THE OFFICIAL ENGLISH SITE OF LA LIGA

Meanwhile, former La Liga players have delighted fans in the A-League, with ex-Getafe and Sporting Gijon forward Diego Castro of Perth Glory winning the highest honor in the league, the Johnny Warren Medal for Best Player in the A-League in 2016.

Melbourne City is the same club that brought out Spanish and La Liga superstar David Villa for a brief spell before he joined New York FC.