The 29-year-old has made only one appearance for Levante since joining the La Liga club from Stuttgart in August and needs game-time to press his 2018 World Cup claims.

According to Spanish and Japanese reports, Langerak's representatives have held negotiations with both clubs, with an agreement believed to be close.

Grampus, previously home to ex-Socceroo Josh Kennedy, finished third in the J2.League last year, earning promotion to the top flight via the play-offs.

Langerak was unable to usurp Raul Fernandez and Oier Olazabal as Levante's preferred options following his off-season switch, having fallen behind Ron-Robert Zieler at Stuttgart.

The eight-time Socceroo had played every minute of Stuttgart's triumphant 2016-17 2.Bundesliga campaign, before Zieler's signing upon their promotion.

Australia will take three goalkeepers to Russia for the World Cup with Mat Ryan likely to be first choice, while Langerak, Mark Birighitti, Adam Federici, Brad Jones and Danny Vukovic are among the other options. 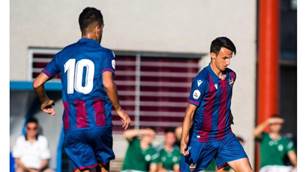