Luongo scrambled a 94th minute equaliser after the Taeguk Warriors had taken a 22nd minute lead through Hwang Ui-Jo.

The QPR man argued Korea Republic sat on their lead, with Australia always in control but not clinical in attack.

"The stats show they had one chance in the first half and scored. We had 14," Luongo told Fox Sports.

"Second half they had a free-kick and that was about it. A couple of close crosses but we dealt with it fine.

"I felt very controlled on and off the ball."

He added: "These teams they go a goal up and sit and try to defend the lead.

"At 0-0 we still looked the better team. That first goal is crucial.

"We stuck it out and we got it in the end. Going forward we have to express how important that first goal is in these times."

Speaking about his late equaliser, Luongo was delighted, fresh from netting at club level last week for QPR.

"I'm happy with it," he said. "I got one before I came on international duty.

"You get in the box and you score goals.

"You can see I'm playing a deeper role than normal. I'm enjoying it but I saw the time on the clock and thought let's get some bodies in the box.

"it was close but I'm happy with my goal."

Goalkeeper Mat Ryan, who produced a remarkable second-half save from a Korean free-kick, added that Australia performed well.

"Performance wise, I think we dominated the game," Ryan said.

"It seemed like we created a lot more chances than them. We lacked a bit of compsure.

"I'm a bit disappointed in how we conceded the goal but we fought to the death.

"We kept pushing right til the end and got our reward."

Australia plays Lebanon next on Tuesday in Sydney. 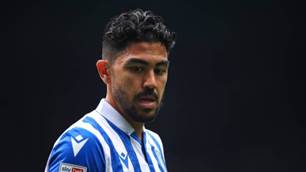 ‘It's been a nightmare': Forgotten Socceroo's brutal verdict on injury toll