Two years ago he was the next big thing in Australian football, but now 22-years-old, Chris Ikonomidis is still searching for regular game-time.

The Lazio midfielder, renowned for his precocious dribbling, passing range and curling set-pieces, has supposedly been on the verge of breaking into the Lazio first team for over two years now.

But now the man who played for the Socceroos before he’d made a senior appearance at club level is set to move on loan again, with the World Cup a few short months away.

Italian news agency Il Tempo reports that Lazio haven’t found a destination for Ikonomidis yet, and it’s unclear whether the move signifies the Australian hunting for a new club, or Lazio trying to find a potential suitor.

Either way, with six caps for the Socceroos already to compliment appearances in the UEFA Europa League and a strong season on loan in Denmark’s Superliga, Ikonomidis almost falls more into Apostolos Giannou territory than he does World Cup bolter.

He’s far from the complete package, but there's experience there and the potential has always been electrifying. Whether this supposed move can bring the attacking-minded midfielder into the Socceroos fold once and for all, however, remains unknown. 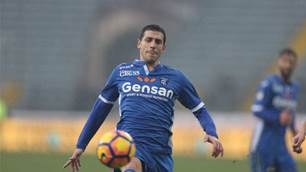