Mathew Leckie says he isn’t worried that the Socceroos have failed to score from open play at the 2018 World Cup.

The Socceroos drew 1-1 with Denmark in Samara on Thursday night and Leckie thinks his side have performed well in their first two games.

Australia's two goals at the tournament have come from penalties, both converted by Mile Jedinak, however Leckie has taken confidence from the chances his side created against Denmark.

“I’m not really worried (we haven’t scored from open play), it was just more percentages that stopped us from scoring against Denmark,” Leckie said post-match. 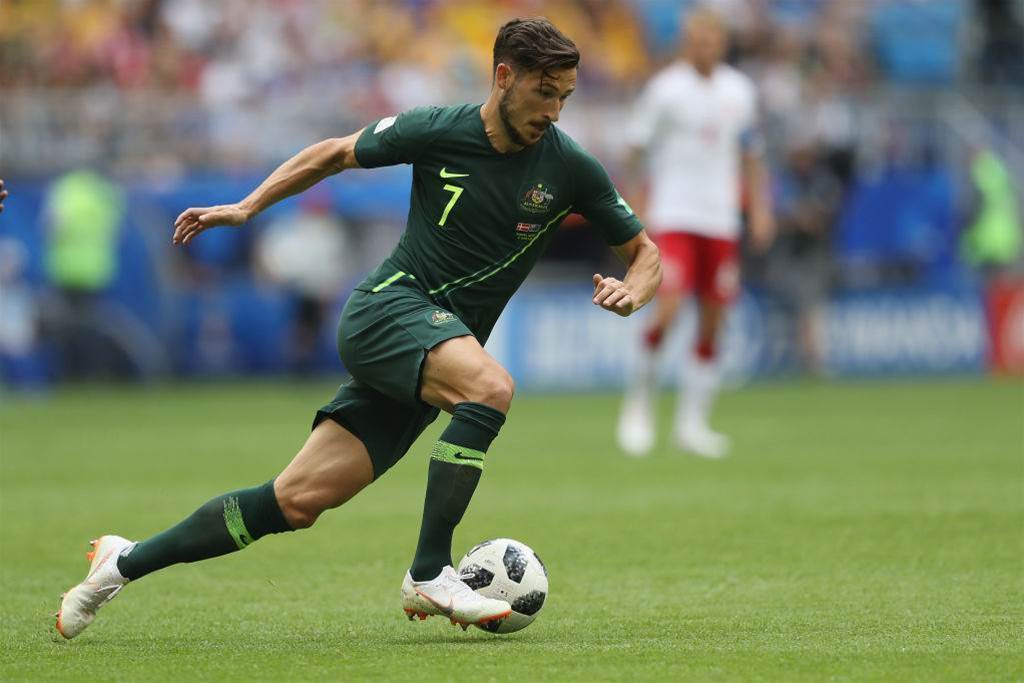 “We were so close and on a lot of occasions, with a bit of luck, we could’ve scored, so it’s promising.

“The signs are there for us to score and it’s just small things which are stopping us. I was confident, I felt good today, we played really well and we just need to keep at it.”

Leckie looked agile against the Danes and was happy with his performance.

“I felt very lively, I felt I could get into dangerous areas and I got into a lot of one-on-one situations as well,” he said.

“I just felt like I had a lot of energy, I was dangerous on set-pieces and I felt good out there.

“It was another good performance from us, we started off slowly, both teams didn’t really have control and then they scored from a nothing situation.

“We started to get comfortable and controlled the game. In the end, we were the more dangerous team to win it.

“We’re a bit disappointed, but we’re also happy with the performance just to keep going. We’re still within a chance and we still have a good opportunity to go through.”