Leverkusen were understood to be on the verge of completing a deal for the Werder Bremen defender, but at the last minute he joined the UEFA Champions League runners-up instead.
That led to Leverkusen general manager Rudi Voeller voicing his disapproval of Dortmund's transfer policy.
And Holzhauser, Leverkusen managing director, has now weighed into the debate, criticising Dortmund general manager Michael Zorc over his handling of the deal and the possibility of a move for Chelsea's Kevin de Bruyne, who spent the 2012-13 season on loan at Bremen.
"I really do not care about Zorc's statements (on De Bruyne). They have told a lot of stories all the way," Holzhauser was quoted as saying on Sky Sports.
"Back in January they even wanted to snap-up our joint-manager Sascha Lewandowski without being in contact with us first.
"They have also lured away our youth players, and now they have taken away Sokratis Papastathopoulos, for next to nothing.
"Everyone in the Bundesliga, including Borussia Dortmund, knew we already had agreed personal terms with the player.
"Therefore it's kind of like considering to make a new definition of the philosophy of Borussia Dortmund."
The player himself waded into the issue by insisting he had acted in the correct manner.
"It's important for me (to confess) I have always been professional to Bayer Leverkusen. I did nothing wrong and money was not a factor in this case," he said.
"As I had to make a professional decision I felt (moving to) Borussia Dortmund would be best for my career.
"It was about my future career, and I'm sure I've done it the right way." 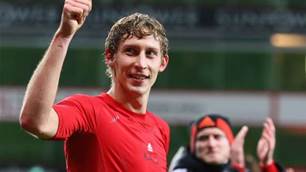 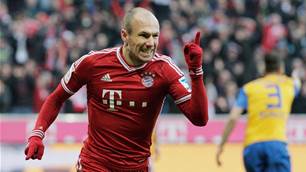