Perth got off to a flyer against the WA NPL side after taking the lead through a glancing header from new signing Jacob Tratt.

But the match took a familial tone after the break as Popovic made 11 changes, introducing his two sons, Kristian and Gabriel.

Brothers in arms...
It was a night to remember for Gabriel and Kristian Popovic on Tuesday as they both found the net in the friendly win over @BayswaterCitySC.
Thanks to @tom_mc_c for this fine pic!#OneGlory pic.twitter.com/Cdea0Ee4Lc

One of which, Kristian, had already made his A-League debut towards the end of last season.

The pair repaid their father's faith instantly, notching the second and third goals of the game respectively as Perth cruised to a comfortable 3-0 win.

"It was a good first hit-out,” Popovic said.

"We introduced a lot of new players, didn't pick up any injuries from the game which is important and it helped us to prepare for Saturday and to be in the best condition we can possibly be.

"Bayswater did very well and gave us a good run and we're pleased."

Perth's previous history with father and son combos has been chequered - coach Steve McMahon got the sack in 2005 after hiring his son Steve Jr... who never played professional football again after leaving Glory.

Alistair Edwards also struggled in 2013 to convince fans (and some players) that both his sons Cameron and Ryan were being picked on merit for Glory. Cameron now plays in the NPL but Ryan has had a successful career in the Scottish Premiership. 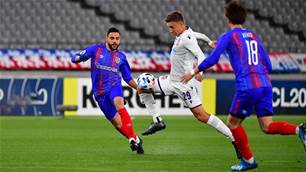 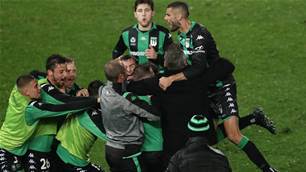 'All out attack': Aggressive Rudan to pile the pain on 'a lot of Perth areas'