Speculation about who Postecoglou will bring with him to Celtic has been rife with Kevin Muscat and Aloisi both linked to backroom roles.

It's likely that Celtic will retain much of former coach Neil Lennon's staff, as they've been conducting training sessions while Postecoglou had been in quarantine, and will help bridge the divide between the Australian and the Scottish giants.

But Aloisi - who's also been linked to Western United - admitted he'd been in contact with his agent about a possible role.

“All I can really tell you is that I spoke to my agent, Frank Trimboli, two days ago, but that’s about it," he told Triple M's Daily Football Show.

“I know Ange reasonably well and have kept in contact with him over the years as well. But I think my focus is the task in hand and that’s a game against Sydney FC at the weekend.

“Everyone wants to work with Ange. I spent a bit of time with him up in Brisbane when he first started coaching the Brisbane Roar, the first season that they won the championship.

“Look, everyone wants to go to Europe and coach, but the reality is that there are obstacles that you have to cross and it’s not my main focus at the moment.

"Like I said, I would love, like everyone else, to go to Europe and coach, but we have a big game coming up and we want to give it our best shot.”

Macarthur Bulls coach Ante Milicic says the club is now a hotspot for recruiting A-League talent amid its "very active" preparation for next season, despite losing 2-1 to Melbourne City in their A-League semi-final. 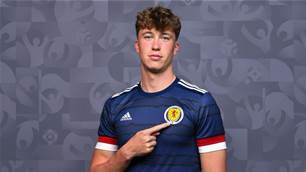