Liverpool legend Alan Kennedy is on tour in Australia and New Zealand and has offered his insight in how much football has evolved since his playing days.

The 63-year-old has visited Auckland, Brisbane, Melbourne, Adelaide and is now in Perth. He played over 350 games for Liverpool, won two European Cups and five league titles.

Kennedy, who also had stints with Newcastle United and Sunderland, said he has enjoyed reminiscing with passionate Liverpool supporters in Australia and New Zealand.

Speaking to FourFourTwo in Melbourne, Kennedy offered his insight into how the game has evolved universally and felt it could be extremely demotivating for players if they are paid large amounts of money as teenagers.

Reports in the UK last year suggested the average weekly wage for an EPL player was over $80,000 AUD.

“I think it’s easy to give young players what they want, we’ve seen it with lots of players and sometimes the motivation isn’t quite there if you give them too much, too early,” Kennedy said.

“My career shouldn’t be compared with players of today, but today’s players are comfortably off and they do what they want to do. They’re in the driving seat and sometimes they can dictate whether their manager gets sacked or not.

“When I played, it was the best experience. When footballers of today will look back on their career and say ‘I wish I could’ve won something’ or ‘I wish I could’ve done this or that’. You’ve got to ask the question sometimes about motivation.

“My motivation for when I came to Liverpool was to win as many trophies as possible. Sometimes other people’s motivation is different.

“Players of today get paid a very, very good amount of money, they’re never going to want anything other than what they’ve got, but overall I think the club is in a good situation.” 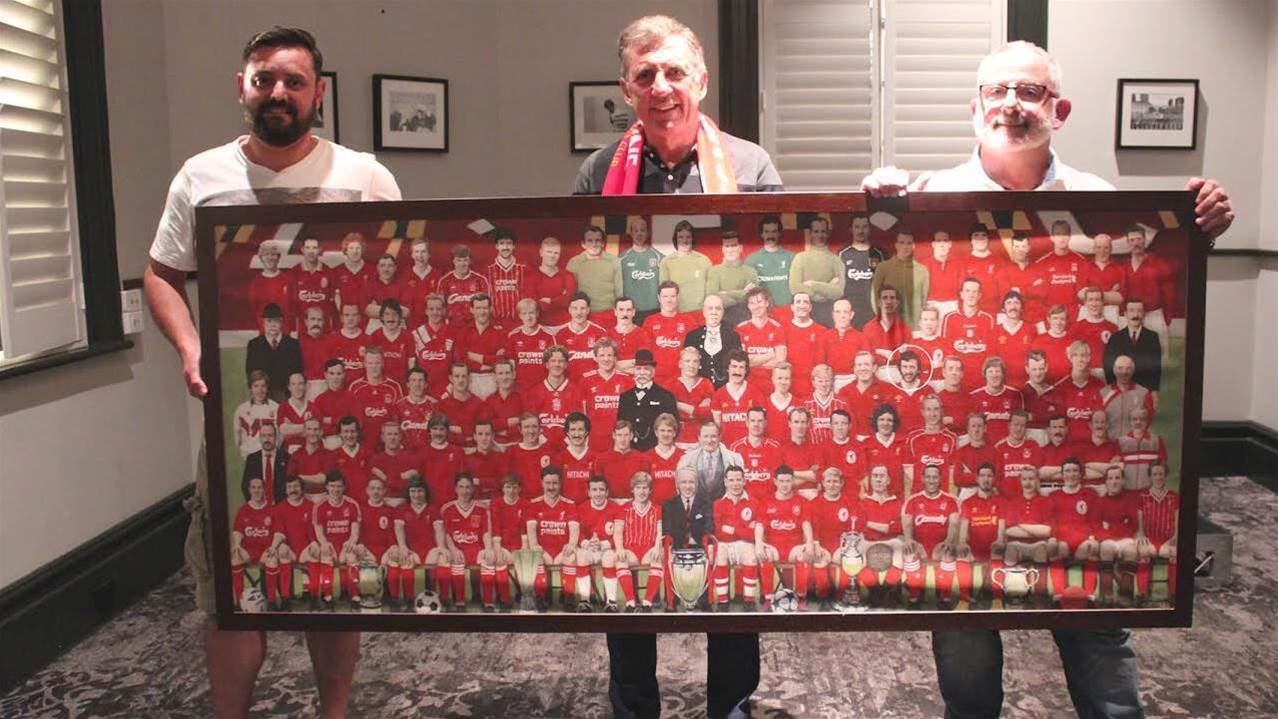 Kennedy poses with the Legends of Anfield painting with Melbourne-based Liverpool fans. By LFC Melbourne

The 1981 European Cup hero said he was just a common person despite playing for a glamour club in the late 70s and early 80s, and questions how many players are still like that today.

“I was a very ordinary person, I was an average Joe and we mixed with the public and to be fair I don’t know how much the players of today do that,” he said.

“I played almost 40 years ago and I loved the game, I hope players will love this game as well, but you have to ask the question about the money situation. Money always comes into it I’m afraid.

“Sometimes footballers may be slightly in their own world. They do what they have to do and I think sometimes it might be difficult for them to communicate with the ordinary person.

“In my day I certainly would respect the views of the ordinary person and what they were trying to say.

“Whether players from Liverpool and other clubs communicate today or don’t… I’m not sure. All I’ll say is certain players are comfortable talking and some are not.

“The foreign player unfortunately is at risk here, because the local players know what it’s about.

“Every team is made up of 90 per cent foreigners and I don’t see it as a problem, but I think what we’ve got to see if the local players coming through.

“We haven’t got too many local players coming through and we need more.” 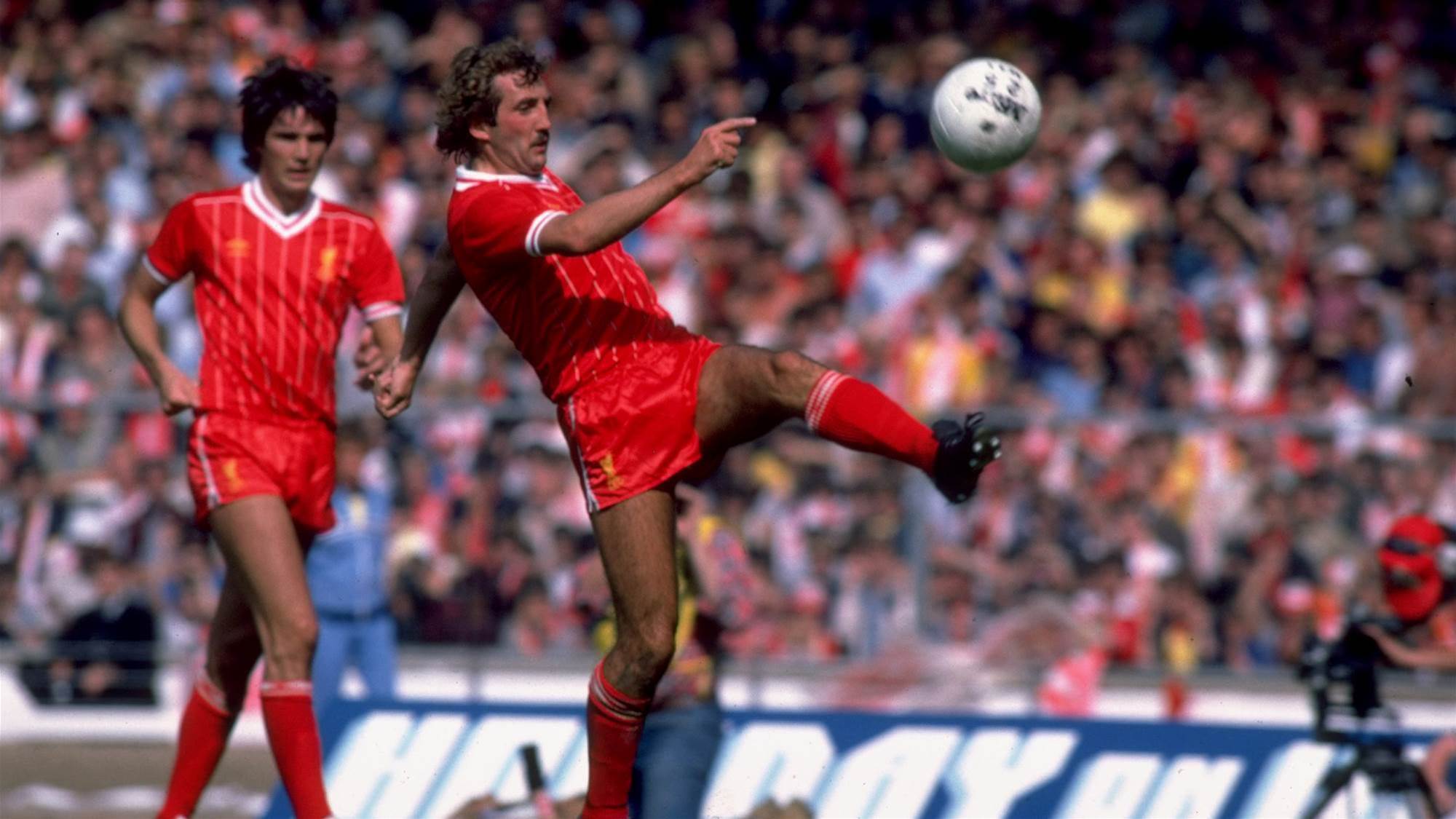 Kennedy said he genuinely believes Liverpool can take out the 2018 Champions League and is backing manager Jurgen Klopp who is still chasing his first trophy at the club.

The former England international was also impressed with the amount of football fans in Australia and felt it was important for Liverpool to expand their brand overseas.

“I hope the players of today appreciate what fans do to come and watch their team,” Kennedy said.

“It still surprises me because it’s a long way away and it’s cost effective. A lot of these people are prepared to spend their money and come all the way to England. It’s not just a small journey, it’s 18 – 20 hours on a plane.

Alan Kennedy giving a brilliant show to the Melbourne Liverpool supporters club at the moment, he is absolutely hilarious. pic.twitter.com/41yOWQlw69

“When I’m in Australia, I certainly appreciate what Australia does for Liverpool and I think it’s wonderful.

“I’ve been to five different cities and you know what? The amount of support I’ve seen is incredible. It can only get better if Liverpool end up winning more trophies.

Kennedy's next appearance down under will be in Perth tonight. You can book tickets here: